To create a series of Coca-Cola cans which spread millions of Tet wishes nation wide. We utilized Coca-cola's Tet symbol (the Swallow Bird) as the device to form these wishes. For each can, hundreds of hand-drawn swallows were crafted and carefully arranged around a custom script, which together form a series of meaningful Vietnamese wishes. "An", means Peace. "Tai" means Success, "Loc" means Prosperity. These words are widely exchanged throughout the holiday, and traditionally adorn Tet decorations. 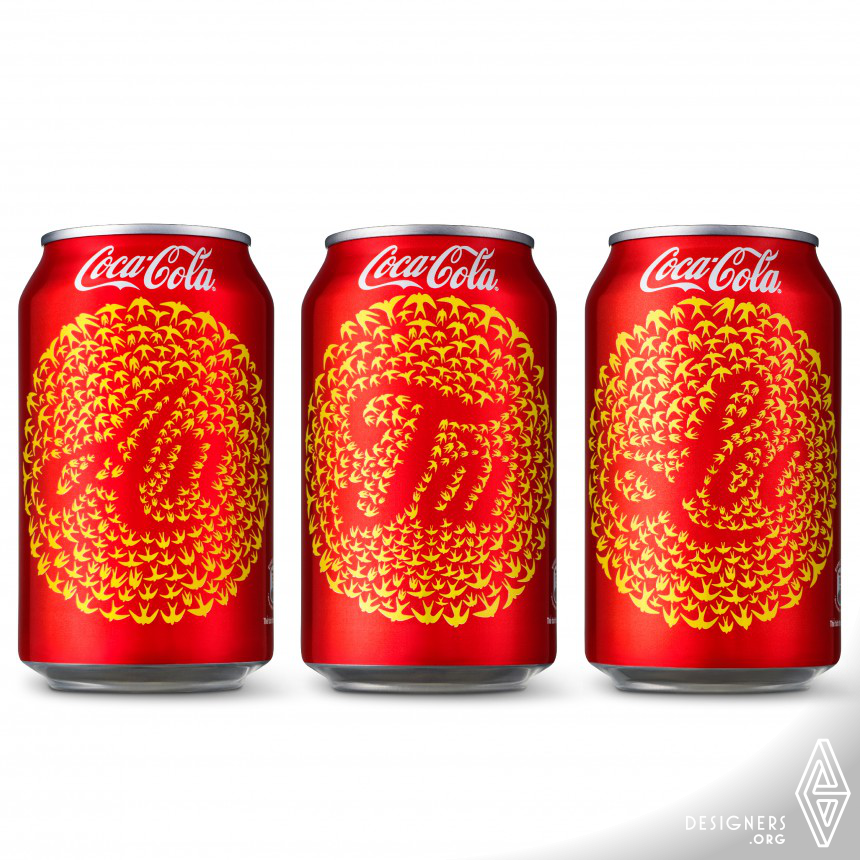 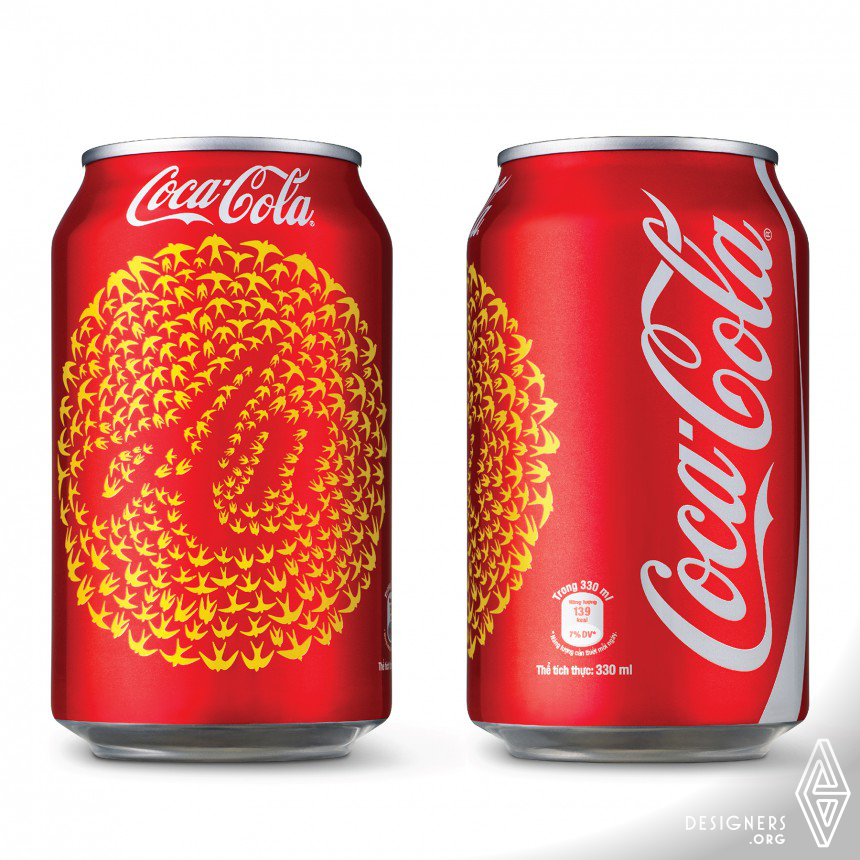 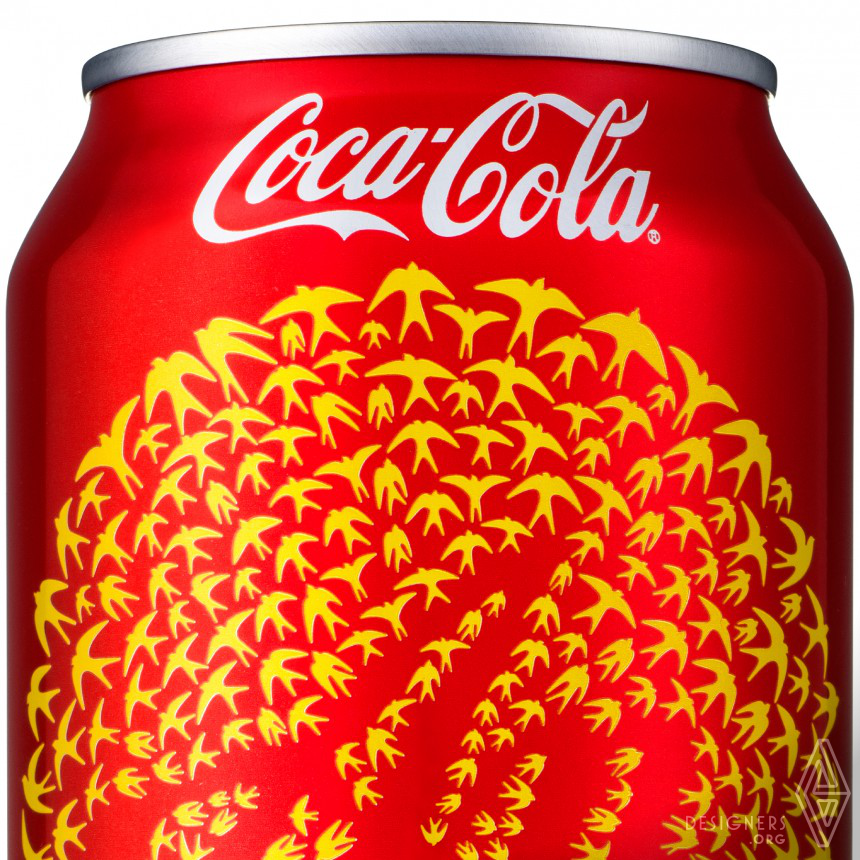 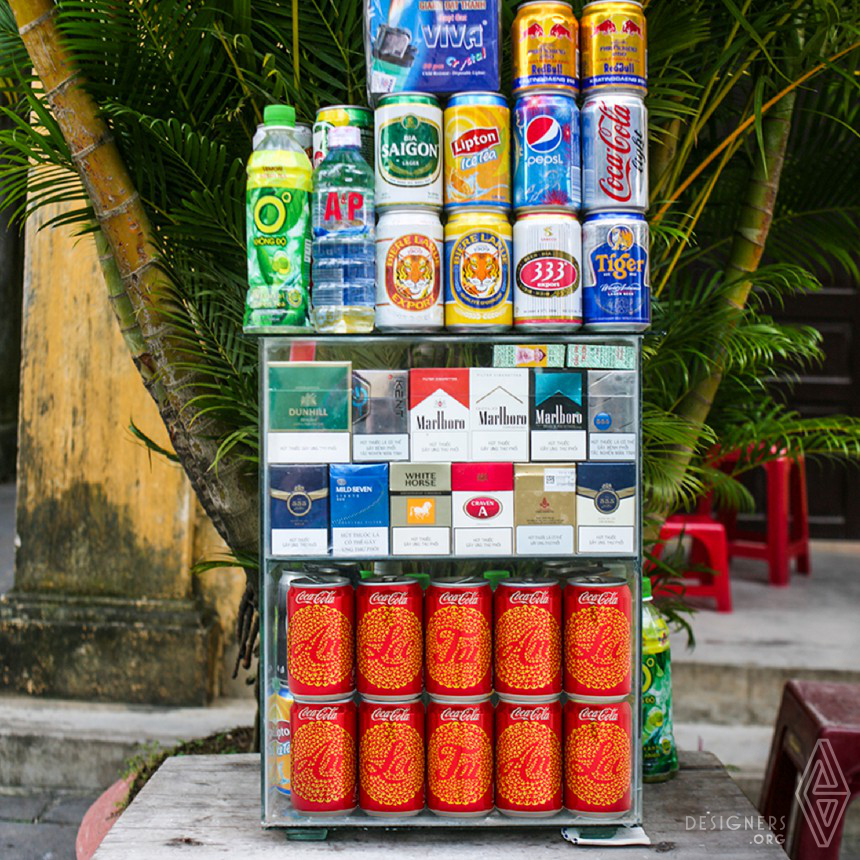 What is the main principle, idea and inspiration behind your design?
To create a series of Coca-Cola cans which spread millions of Tết wishes nation wide. We utilized Coca-Cola's Tết symbol (the Swallow Bird) as the device to form these wishes. For each can, hundreds of hand-drawn swallows were crafted and carefully arranged around a custom script, which together form a series of meaningful Vietnamese wishes. "An", means Peace. "Tài" means Success, "Lộc" means Prosperity. These words are widely exchanged throughout the holiday, and traditionally adorn Tết decorations.
What has been your main focus in designing this work? Especially what did you want to achieve?
To make this idea happen, using a can of Coke which is already held and shared by millions to do more than just hold liquid, but to be the vehicle of a touching message. We had this idea that it could put a smile on a million faces, the client obviously loved the idea.
What are your future plans for this award winning design?
We like to keep things socially conscious no matter if the client is an upstart or a multi-million dollar corporation.
How long did it take you to design this particular concept?
The project started in April 2013 and finished in July 2013, the cans were released in October 2013 for everyone to start buying for the Lunar New Year.
What made you design this particular type of work?
Packaging design is one of our core focuses. While we mainly handle Brand Identity, we love the opportunity to create packaging which we think of as a sculpture which can be owned by millions.
Where there any other designs and/or designers that helped the influence the design of your work?
We have a fairly small office, we’re around 10 and our fellow designers are Vietnamese. Of course they understand the culture of Vietnam well, and as a team we are able to process the deeper culture into a pop culture product. There were other design directions for this brief which we developed. Finally the current design was elected for it’s simplicity and power.
Is your design influenced by data or analytical research in any way? What kind of research did you conduct for making this design?
We often walked through the Tet decoration markets around Saigon, searching for typography, illustration styles, and the most meaningful Tet wishes.
What are some of the challenges you faced during the design/realization of your concept?
Firstly getting the birds to look natural, as if it’s actually a flock, with a flow. And then of course not disrupting the typography, or reducing the legibility. The key was to maintain a natural look.
How did you decide to submit your design to an international design competition?
We felt the design was a first for Vietnam, and potentially iconic. Our client’s initial reaction was strong and they are our toughest critic. We felt it was strong in concept, craft and execution, these are the prerequisites of an award winner.
What did you learn or how did you improve yourself during the designing of this work?
We learned again that there is never a quick and easy answer. The right design comes with the right amount of hard work.