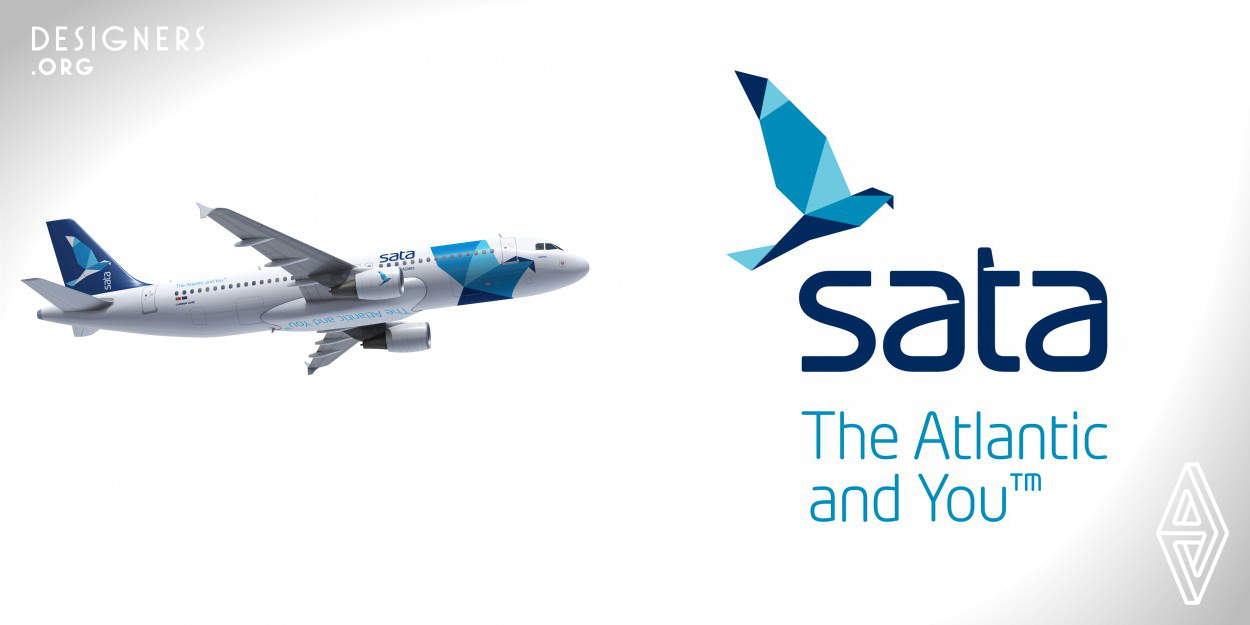 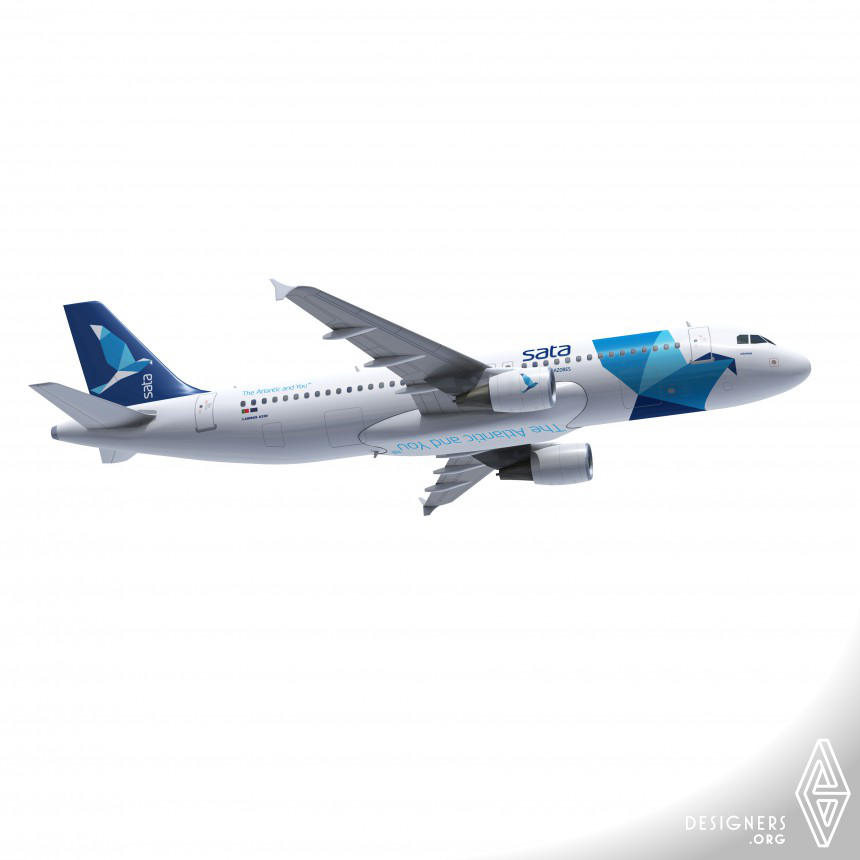 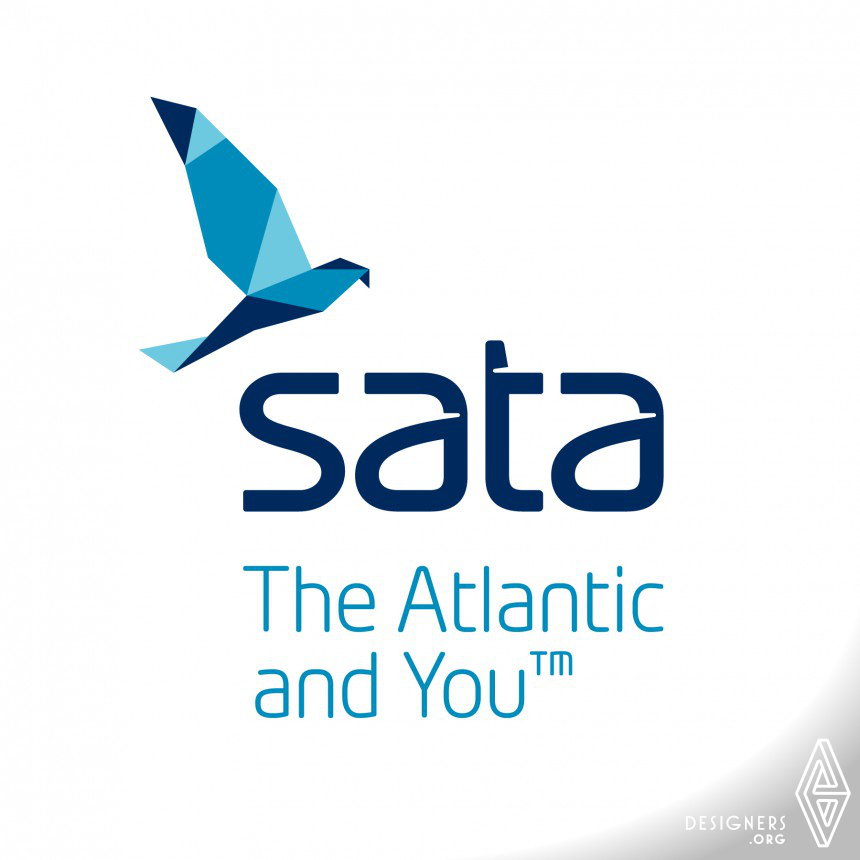 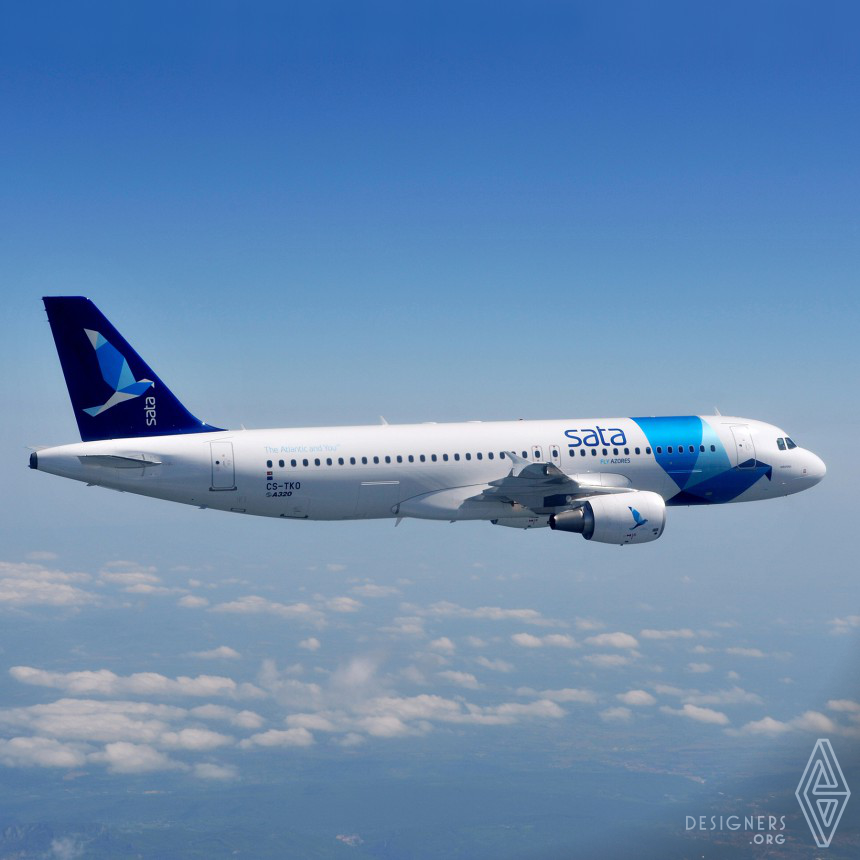 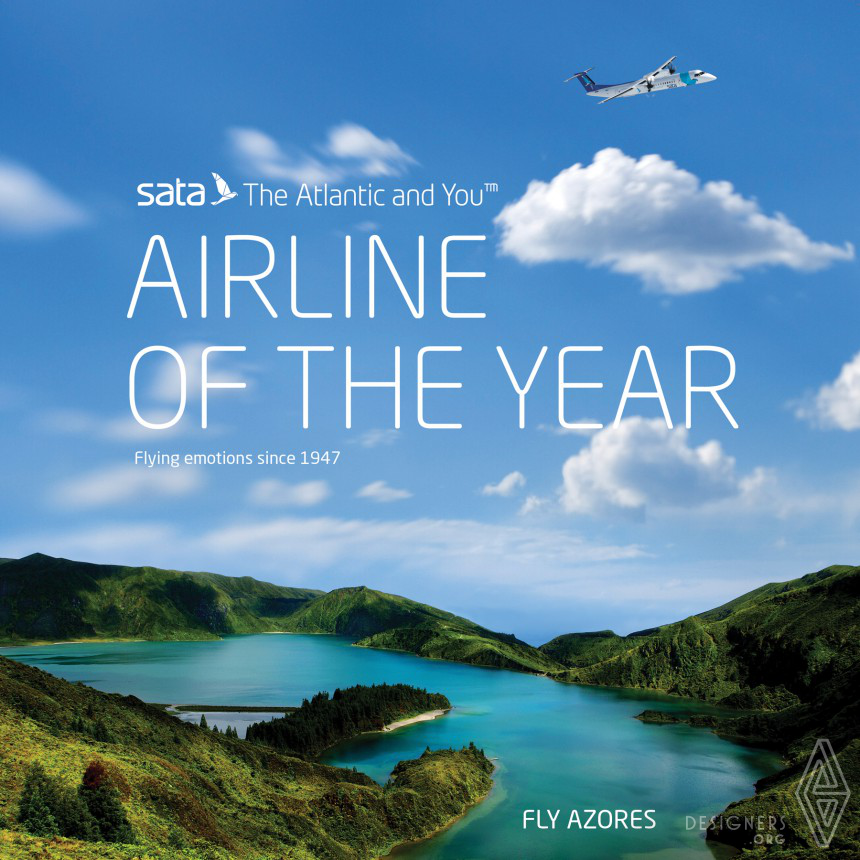 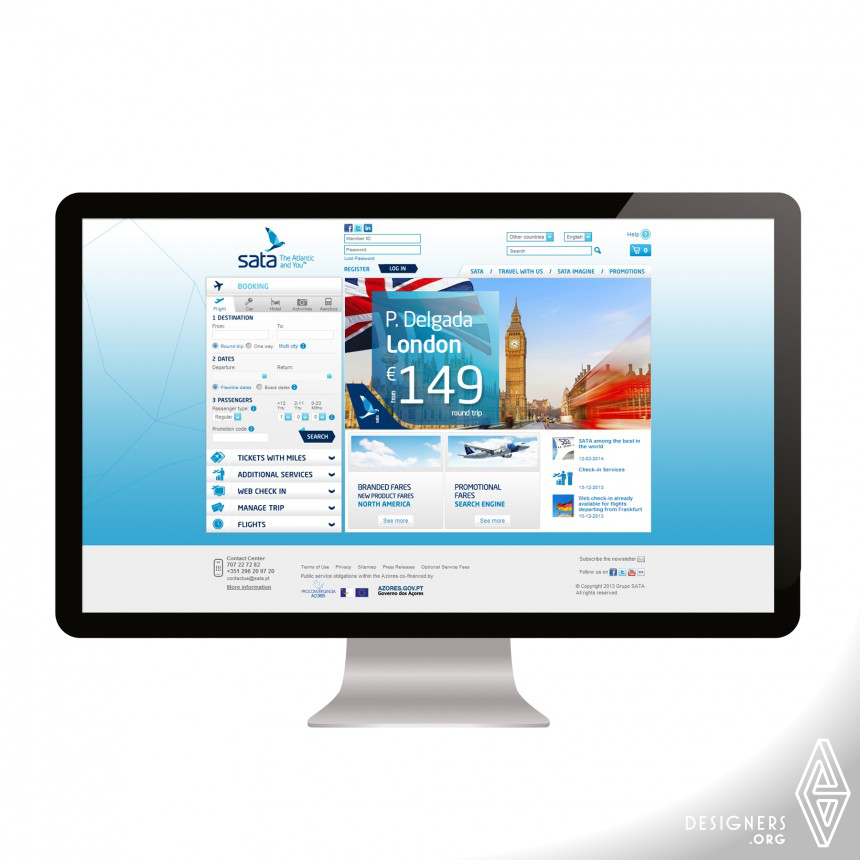 What is the main principle, idea and inspiration behind your design?
This Project aimed to represent the pride of the azorean people in a very contemporary and inspiring brand image.
What has been your main focus in designing this work? Especially what did you want to achieve?
It was the positioning of the company’s atlantic vocation. It carries the main symbol of azores-the Açor (hawk family bird)- an heritage that comes from XV century, when the Portuguese navigators discovered these virgin islands. It also represents the unique shades of the atlantic blues.
What are your future plans for this award winning design?
Maybe extend the atlantic concept, with special aircraft liveries that could Play an important role in the promotion of Azores.
How long did it take you to design this particular concept?
it took around 6 months. First, deciding the approach and the positiong statement, second, finding the right visual expression.
Why did you design this particular concept? Was this design commissioned or did you decide to pursuit an inspiration?
It was a rebranding Project with the purpose to unify 3 companies and boost the perception of the brand domestically and overseas.
Is your design being produced or used by another company, or do you plan to sell or lease the production rights or do you intent to produce your work yourself?
This is SATA brand and are several design and communication companies working with this conceptual frame.
What made you design this particular type of work?
The determination to achieve something relevant to the azorean people, to Sata and to the world.
Where there any other designs and/or designers that helped the influence the design of your work?
Not really, this was the result of endless tests for visual expressions. Unsatisfaction made us move a little bit further, in symbolic terms.
Who is the target customer for his design?
Azorean people- in azores and abroad- travel agents and airport travellers.
What sets this design apart from other similar or resembling concepts?
The use of front of the aircraft for a giant symbol is a quite new approach as also the level of symbolic abstraction, that will ensure extended longevity.
Which design tools did you use when you were working on this project?
Well, first, brains. Then heritage research. Then an idea and its materialization. We used a lot of hand drawing during the whole design process.
What is the most unique aspect of your design?
The figure and colours of the bird, made from 9 parts representing the 9 islands of Azores. This is the beginning of the brand’s story.
Who did you collaborate with for this design? Did you work with people with technical / specialized skills?
This was a teamwork Project. A Creative direction, a research team and a senior designer did the Job 
What is the role of technology in this particular design?
Technology comes seriously in the aircraft livery implementation process. 3D models were vital to achieve the final result.
Is your design influenced by data or analytical research in any way? What kind of research did you conduct for making this design?
We had to know the basics of the aviation industry, regarding livery and paint systems. The paint total weight is an important aspect that design should seriously consider.
What are some of the challenges you faced during the design/realization of your concept?
The fine tunning of the design livery matching the aircraft fuselage is a very demanding process. Ivity was the first design company working in-house with Airbus and proving that this can be made in 2 days, usually it can take up to 3 months with the client in a different part of the world. Choosing the right colour and paint type is also a sensitive matter; we spend 2 days in Amsterdam at Akzo Nobel creating the SATA exclusive colour pallete.
How did you decide to submit your design to an international design competition?
SATA has one of the best liveries in the world, it should be shared with as many people as possible.
What did you learn or how did you improve yourself during the designing of this work?
Aircrafts are a very unique interface for brands, is not digital, is not paer, is not an oudoor. You must feel the whole thing and understand how it breathes in the ground and in the air, under the sun or under the clouds.