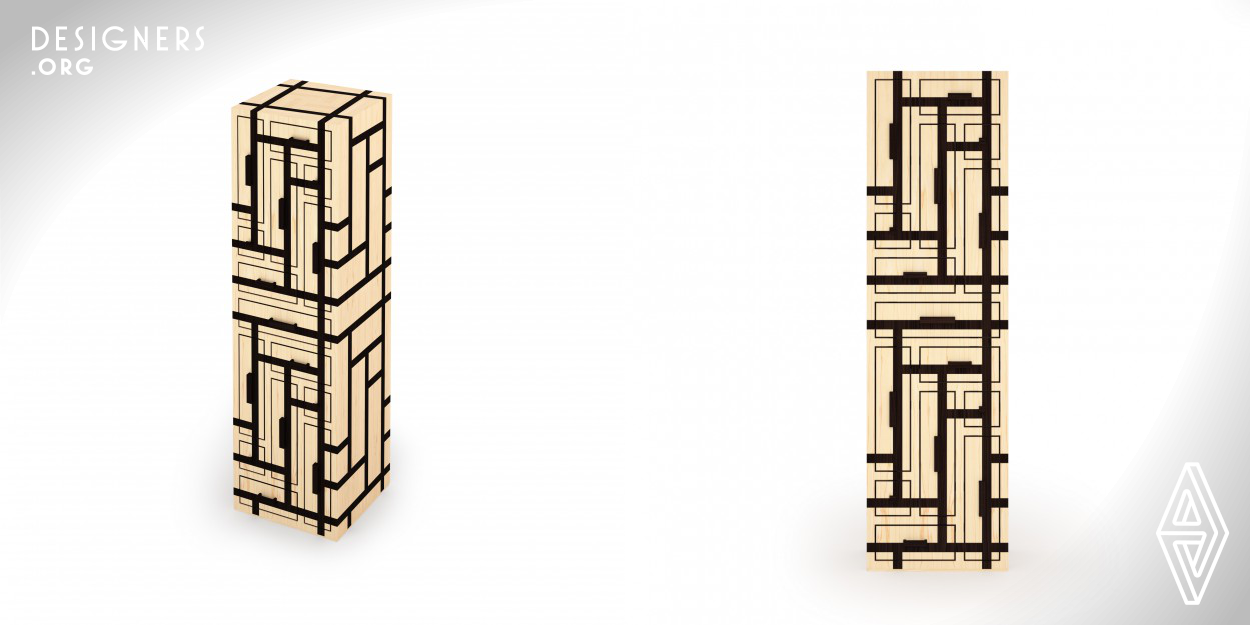 Labyrinth by ArteNemus is a chest of drawers whose architectural appearance is emphasized by the meandering path of its veneer, reminiscent of streets in a city. The remarkable conception and mechanism of the drawers complement its understated outline. The contrasting colors of the maple and black ebony veneer as well as the high quality craftsmanship underscore Labyrinth’s exclusive appearance. 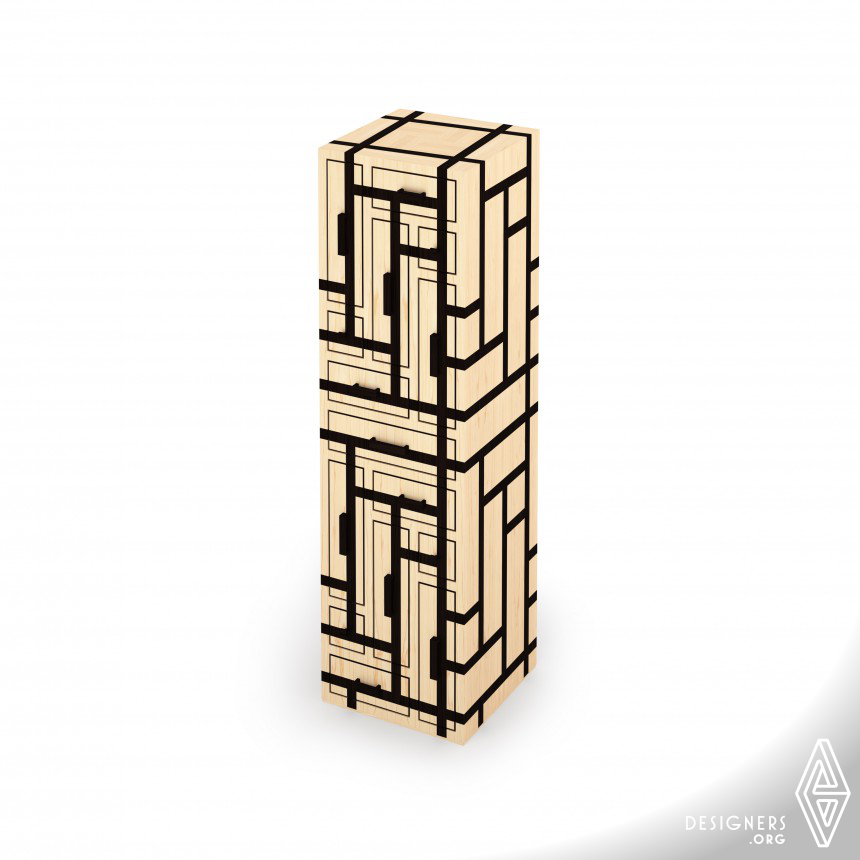 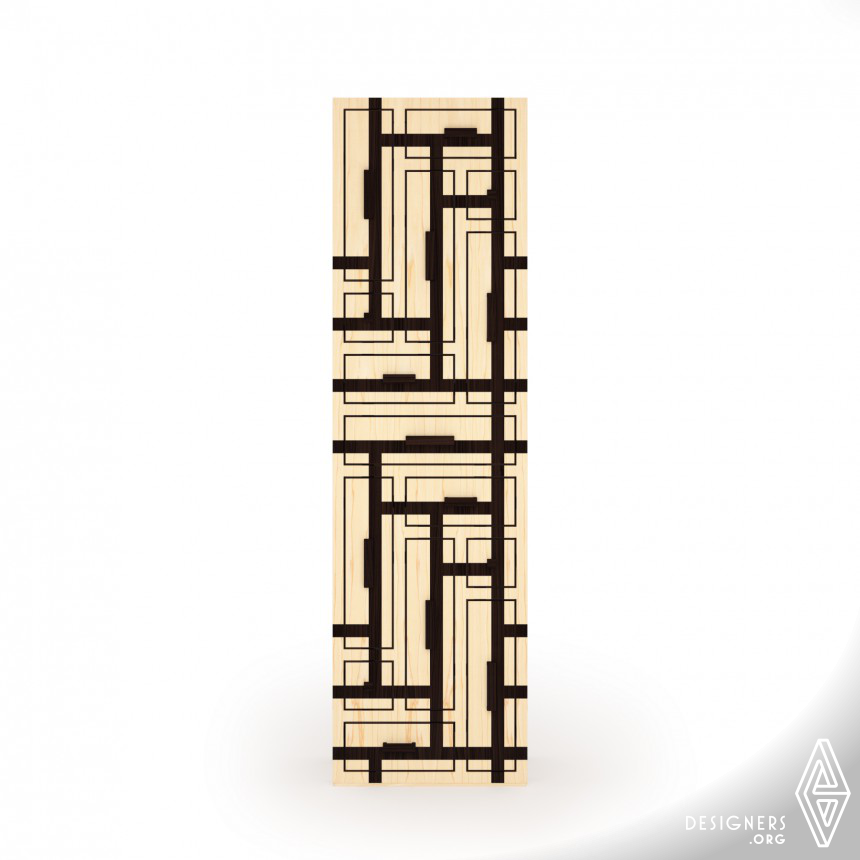 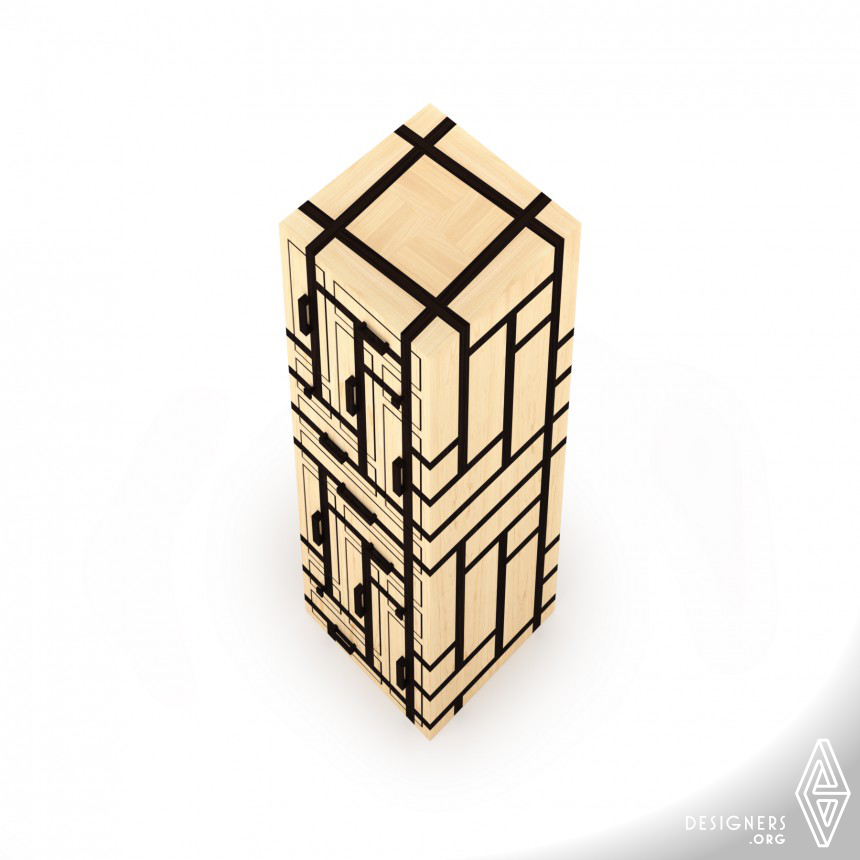 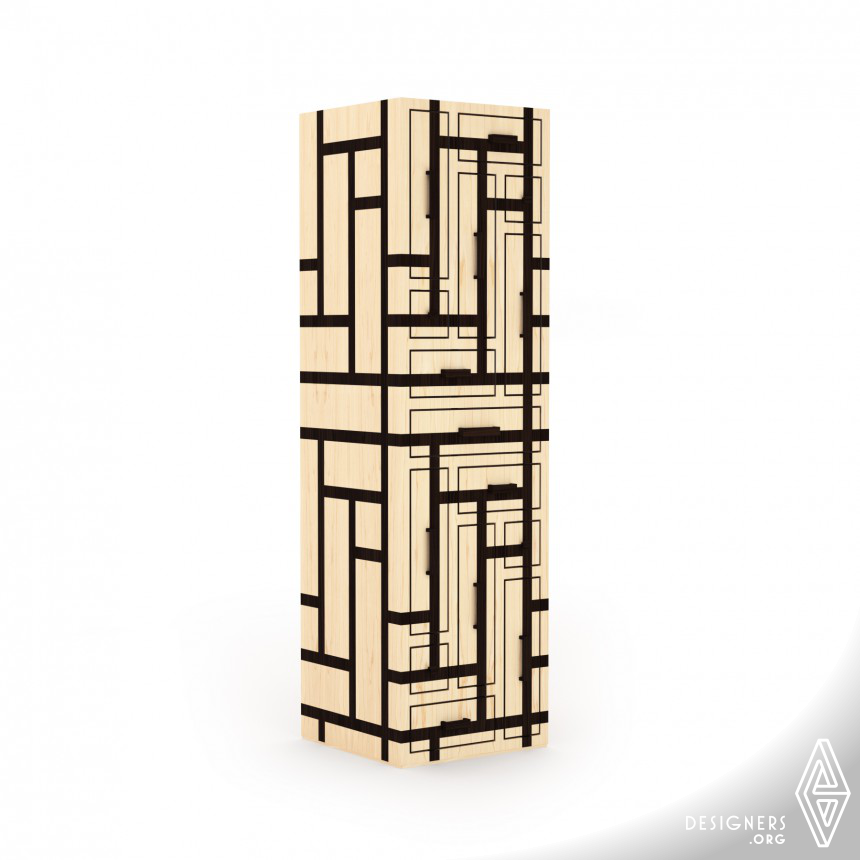 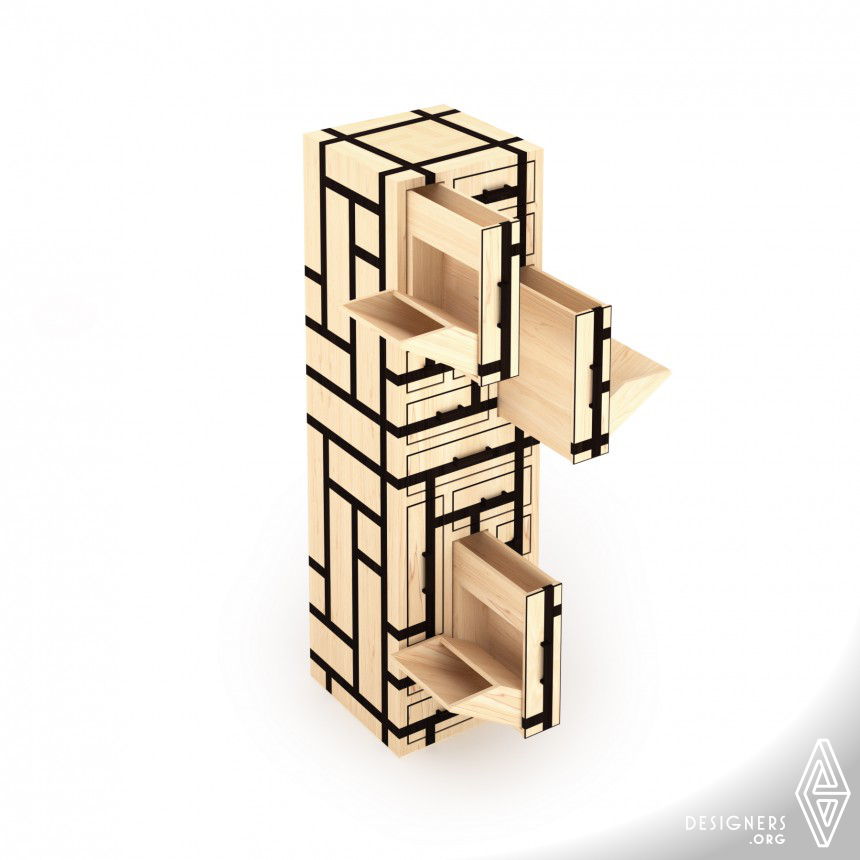 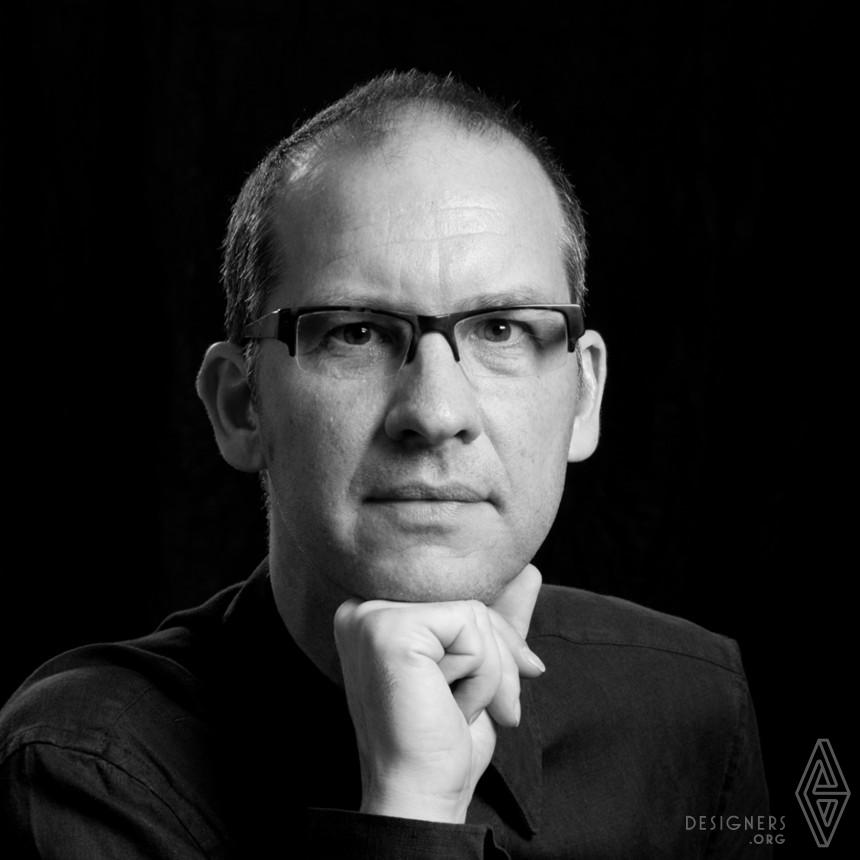 Designer of Labyrinth Chest of drawers

Interview with Eckhard Beger on Labyrinth Chest of drawers

What is the main principle, idea and inspiration behind your design?
The main idea was to design a vertical chest of drawers with a clear outline and to emphasise its appearance with unconventional drawers and a veneer combination reminding the streets of a city.
What are your future plans for this award winning design?
Labyrinth is currently being manufactured in Italy. Labyrinth can be ordered through my company ArteNemus.
Why did you design this particular concept? Was this design commissioned or did you decide to pursuit an inspiration?
After designing horizontal chest of drawers, I wanted to design a chest of drawers using mainly the vertical dimension. The specific configuration is a result of my own inspiration (the work was done for the collection of my company ArteNemus).
Is your design being produced or used by another company, or do you plan to sell or lease the production rights or do you intent to produce your work yourself?
Labyrinth is being manufactured by a partner company. It can be purchased through my own company, ArteNemus.
Where there any other designs and/or designers that helped the influence the design of your work?
In a broad sense, Labyrinth's shape is influenced by the Bauhaus aesthetics.
Who is the target customer for his design?
The target customer is a person looking for an outstanding aesthetic object with very high craftsmanship level and at the same time searching for the functionality of drawer.
What sets this design apart from other similar or resembling concepts?
The drawer mechanism is remarkable given that it allows the extension of the drawer and thereafter the rotation of the vertical compartment.
How did you come up with the name for this design? What does it mean?
The special design combination of the black (ebony) and white (flamed maple) veneer and their contrast remind of streets of a city on a map.
Which design tools did you use when you were working on this project?
The two tools which I used while working on the project are the CAD software and especially the Rendering software to assess the aesthetic impact of different veneer combinations before the final choice.
What is the most unique aspect of your design?
The two most unique aspects of the design are the veneer combination (ebony and maple) as well as the specific vertical drawer mechanism with a rotating compartment.
Who did you collaborate with for this design? Did you work with people with technical / specialized skills?
I collaborate with a partner company for the manufacturing of Labyrinth. The two biggest challenges being the veneer combination (ebony and maple) as well as the extension mechanisms for the drawers.
What is the role of technology in this particular design?
Modified industrial linear guidance technology components are used to build mechanisms for the drawers (as opposed to commercial drawer mechanisms). These were chosen because they are made from massive metal as opposed to bent sheet metal.
What are some of the challenges you faced during the design/realization of your concept?
Two of the challenges during the design and realisation process are the combination of veneers (how to combine ebony and maple as veneers while avoiding cracks) and the appropriate drawer extension mechanisms (allowing smooth extension and being aesthetic).
How did you decide to submit your design to an international design competition?
I regularly submit my designs to international design competitions on to asses their evaluation by professional juries. Besides the Silver A'Design Award, Labyrinth also obtained a Finalists Award at the London International Creative Competition 2014 and a Third Prize at the International Design Awards 2014 in the USA.
What did you learn or how did you improve yourself during the designing of this work?
I learned how to accentuate the appearance of an object with an understated shape through the veneer design.