The Titanosaur Permanent Exhibition
by The AMNH 3D Design Team 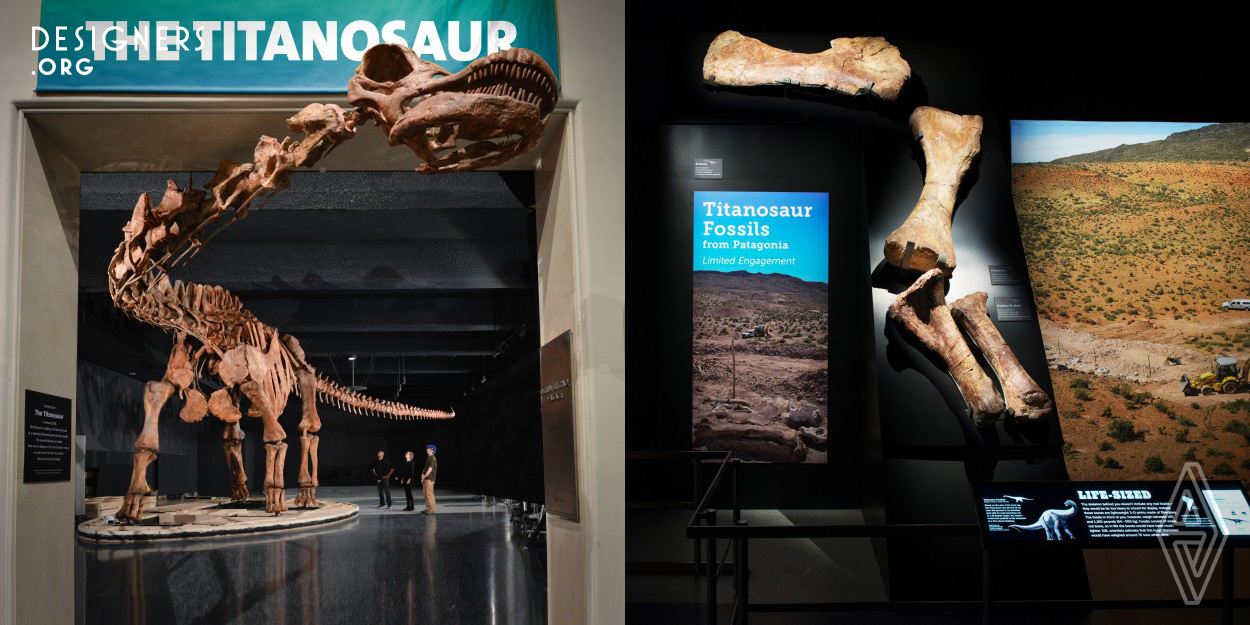 Fossils of this specific Titanosaur, one among a diverse group of sauropod dinosaurs, were discovered in the Argentinian desert in 2014. This particular dinosaur, which is so new that it has not yet been officially named by paleontologists, is thought to be the largest creature ever to walk the Earth. It stands at 46 feet tall, 122 feet long and would have weighed in at around 70 tons. The American Museum of Natural History casted and mounted a replica of the dinosaur and brought five of the original fossils to the exhibit, in an effort to include the public in this ground breaking discovery. 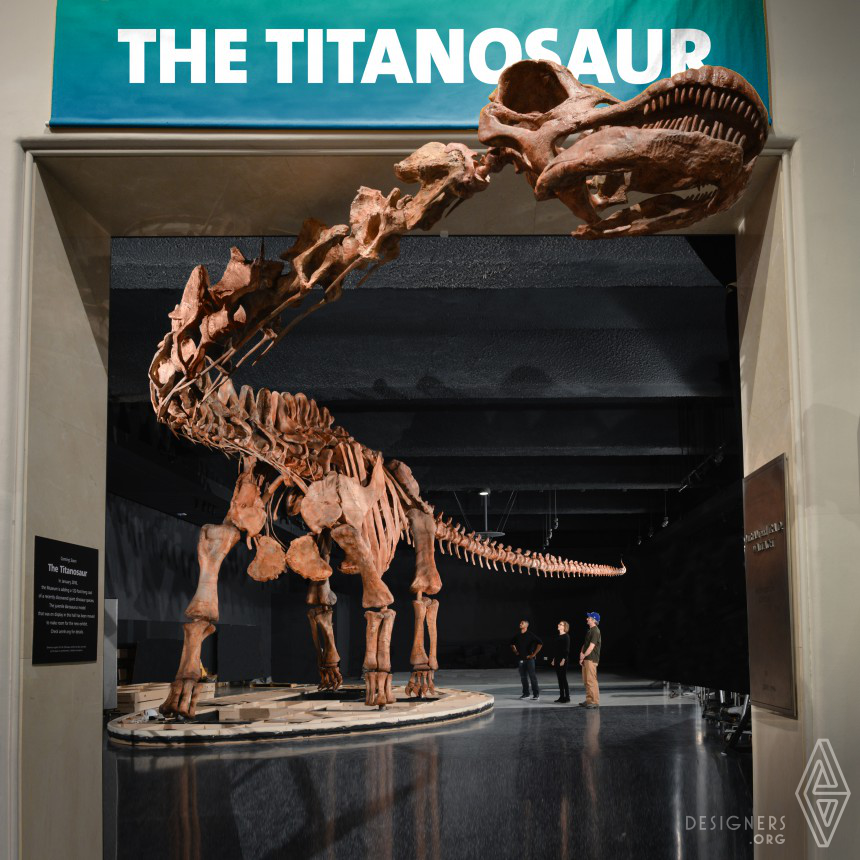 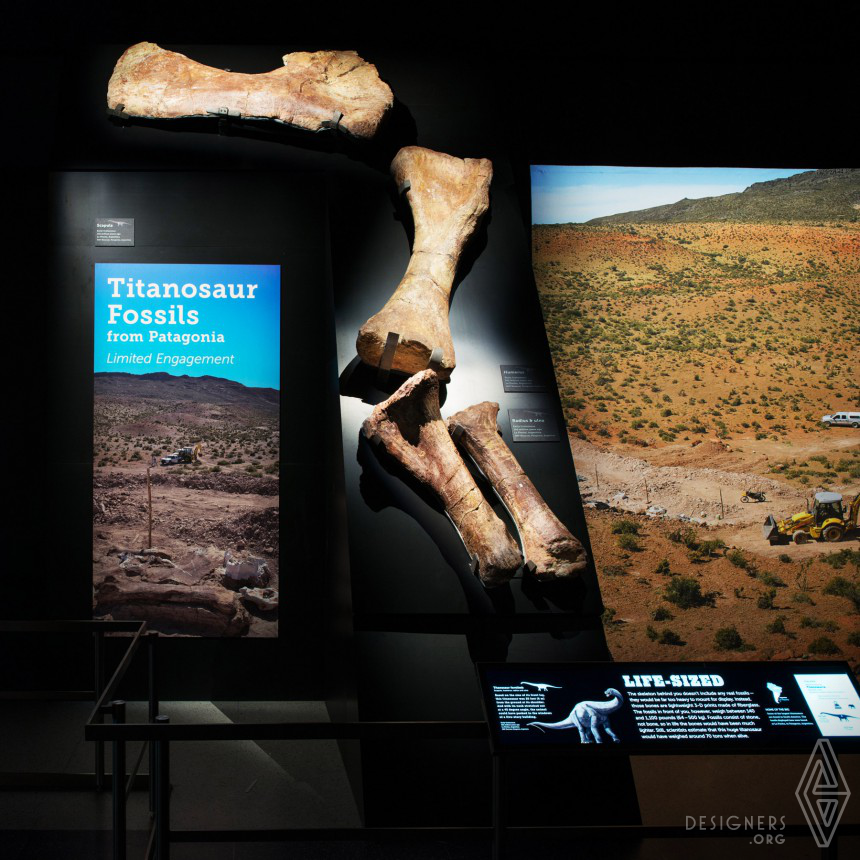 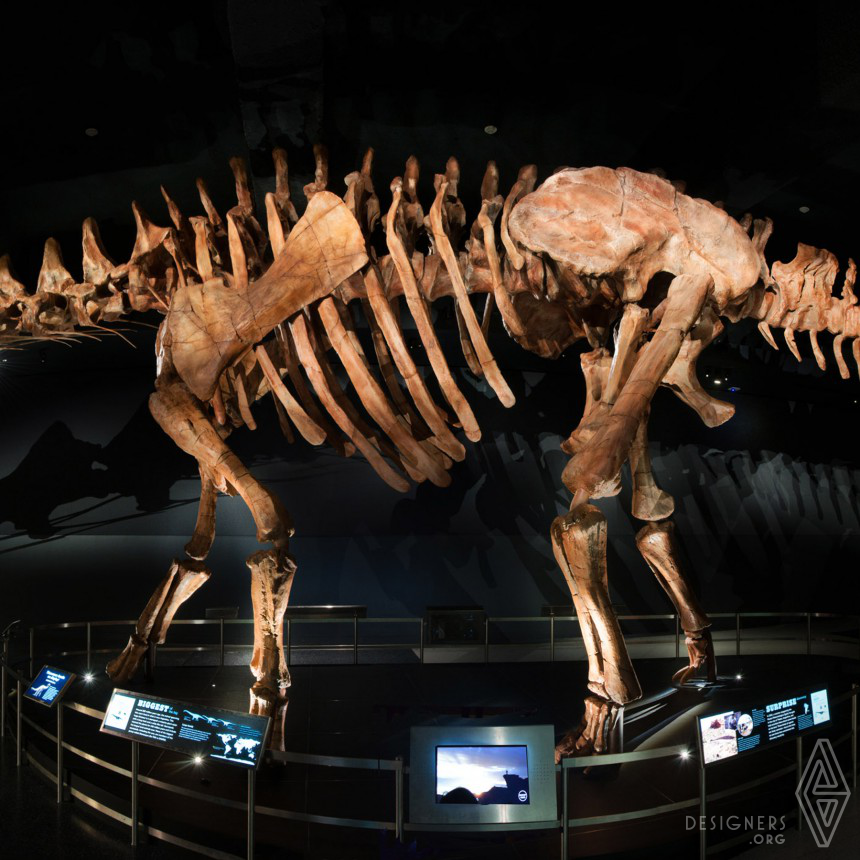 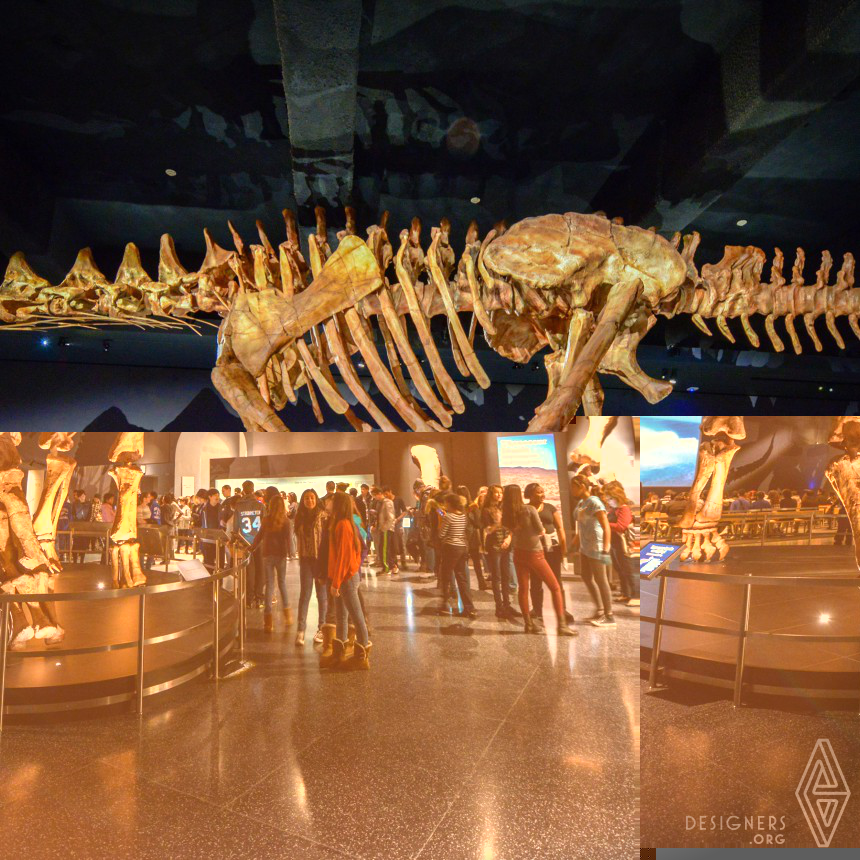 Designer of The Titanosaur Permanent Exhibition