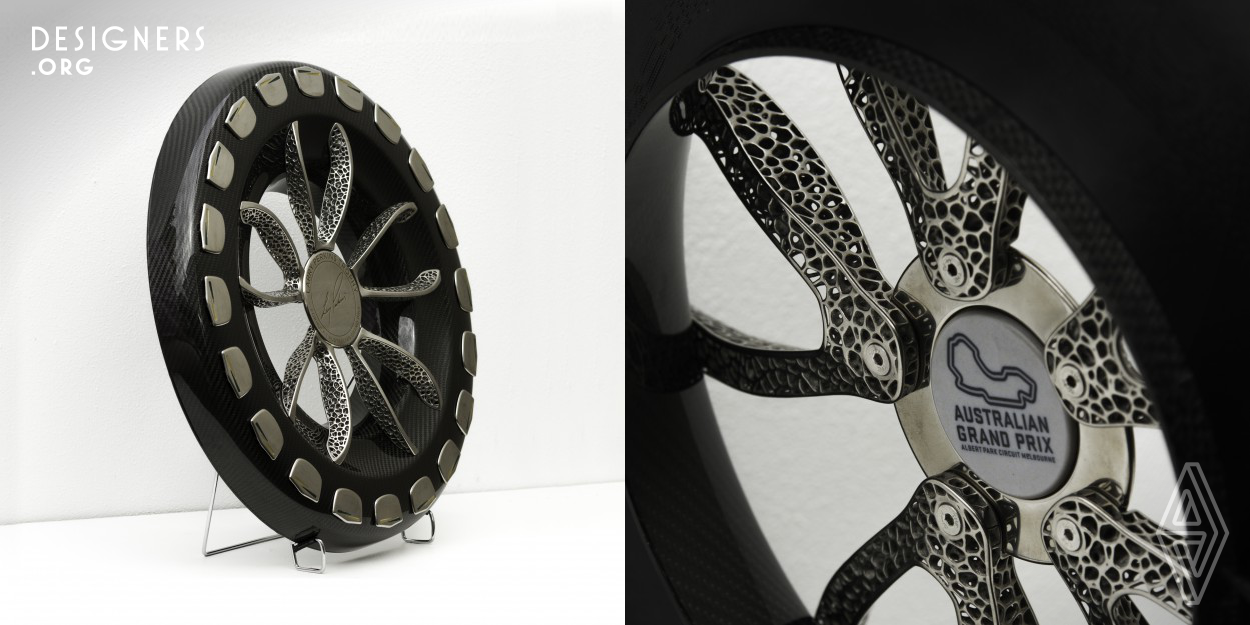 The Larry Perkins Trophy for Formula 1 Australian Grand Prix is a unique trophy that celebrates the engineering contributions that Formula 1 and Touring Cars driver Larry Perkins has made to motorsport. The Design consists of Carbon Fibre unibody that is generated in VR with five spoke design as a algorithmic generative structure fabricated with Titanium 3d printing. The outer rim of trophy contains 20 winning drivers nameplates that mimic rear race car defusers, these are also 3d printed in titanium. 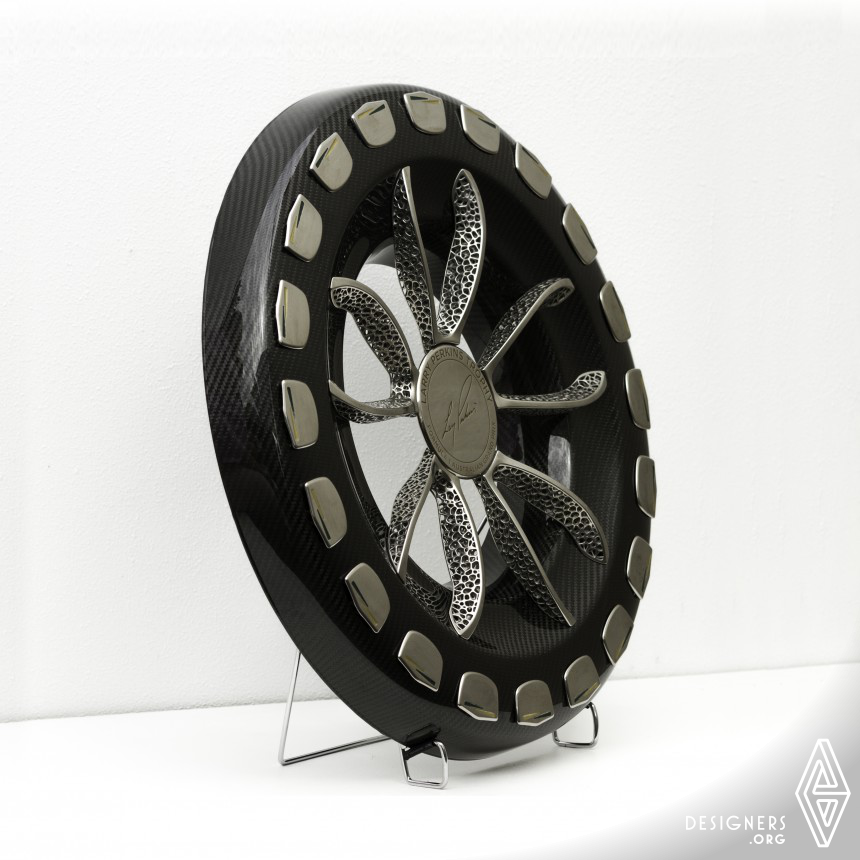 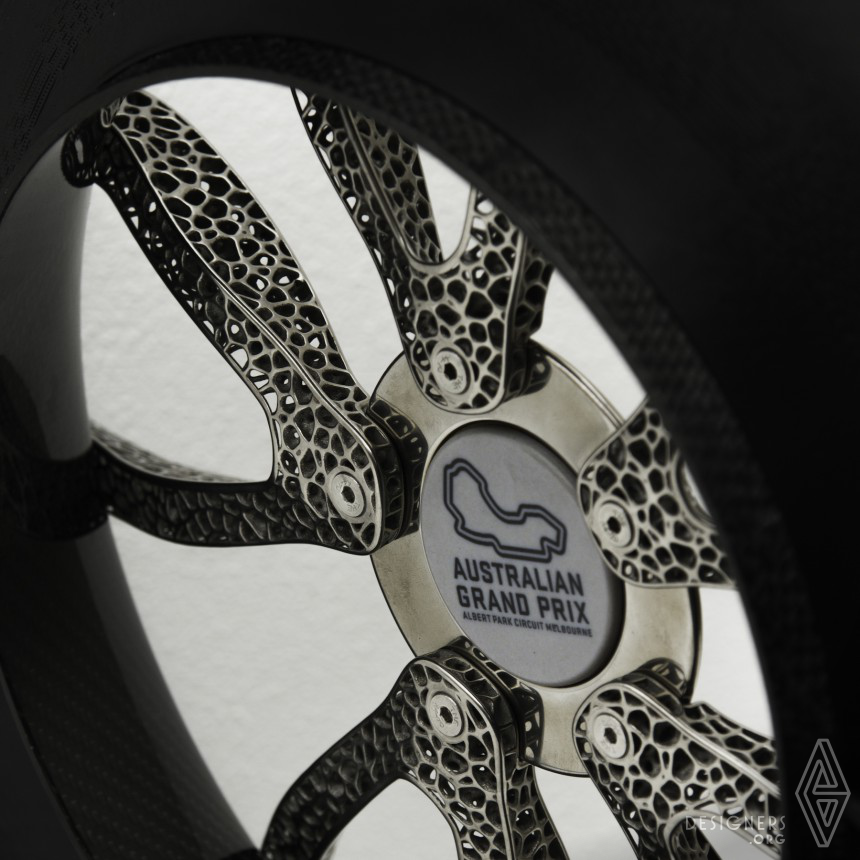 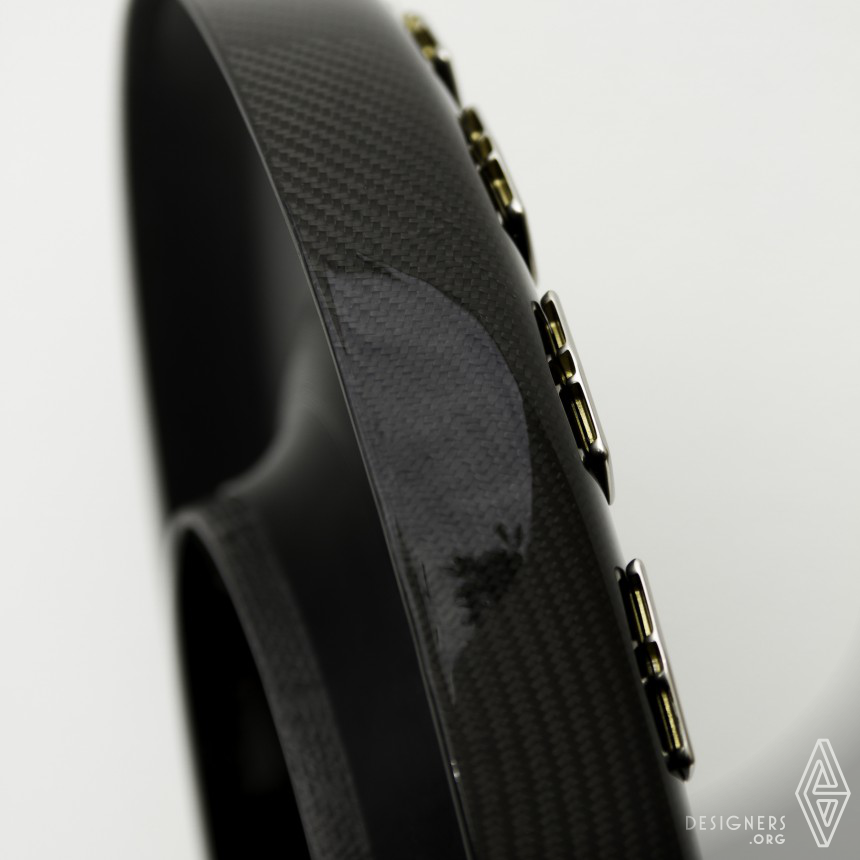 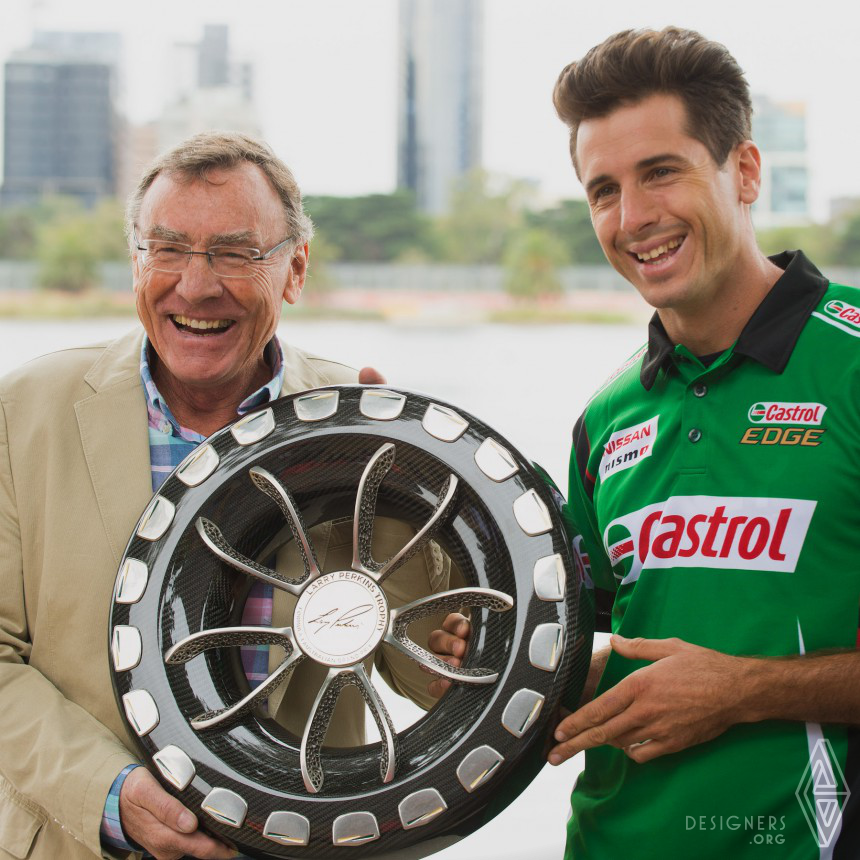 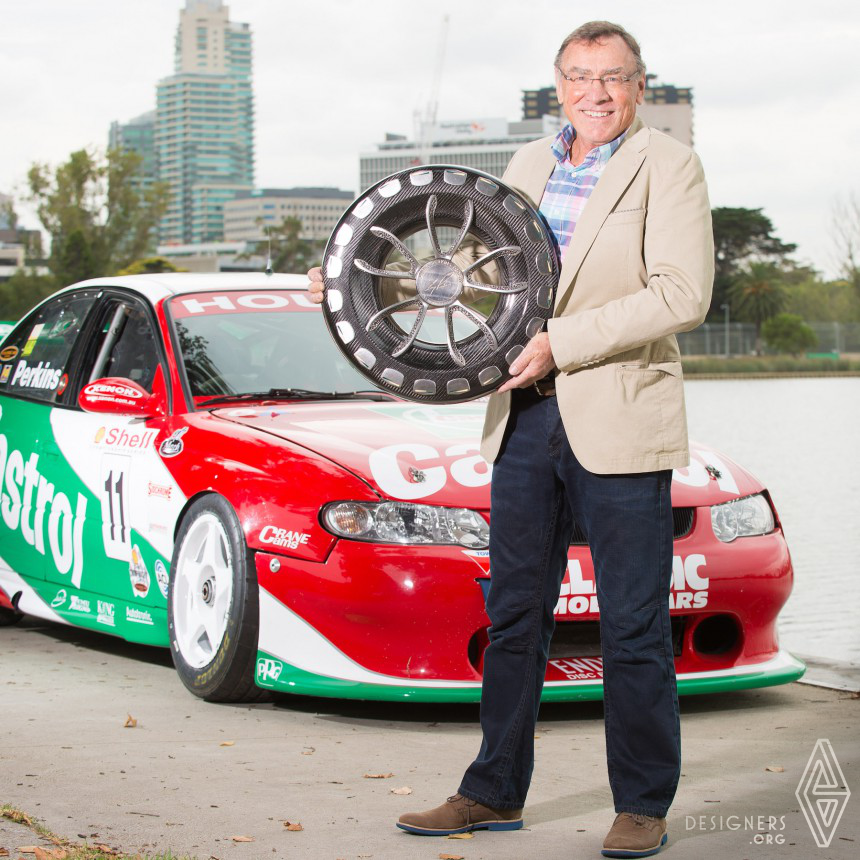 What is the main principle, idea and inspiration behind your design?
To create a design that exemplified the racing career of Larry Perkins.
What has been your main focus in designing this work? Especially what did you want to achieve?
An abstracted design that championed materials in F1 and advanced Motorsport.
What are your future plans for this award winning design?
It is a perpetual trophy that will be awarded to future generations of supercar drivers at Formula 1 Australian Grand Prix
Why did you design this particular concept? Was this design commissioned or did you decide to pursuit an inspiration?
The design was commissioned by the Australian Grand Prix Corperation.
Is your design being produced or used by another company, or do you plan to sell or lease the production rights or do you intent to produce your work yourself?
This design is specific to an annual event at Formula 1 Australian Grand Prix.
How did you come up with the name for this design? What does it mean?
It is named after one of Australia’s most famous Formula 1 and Touring Car Champions, Larry Perkins.