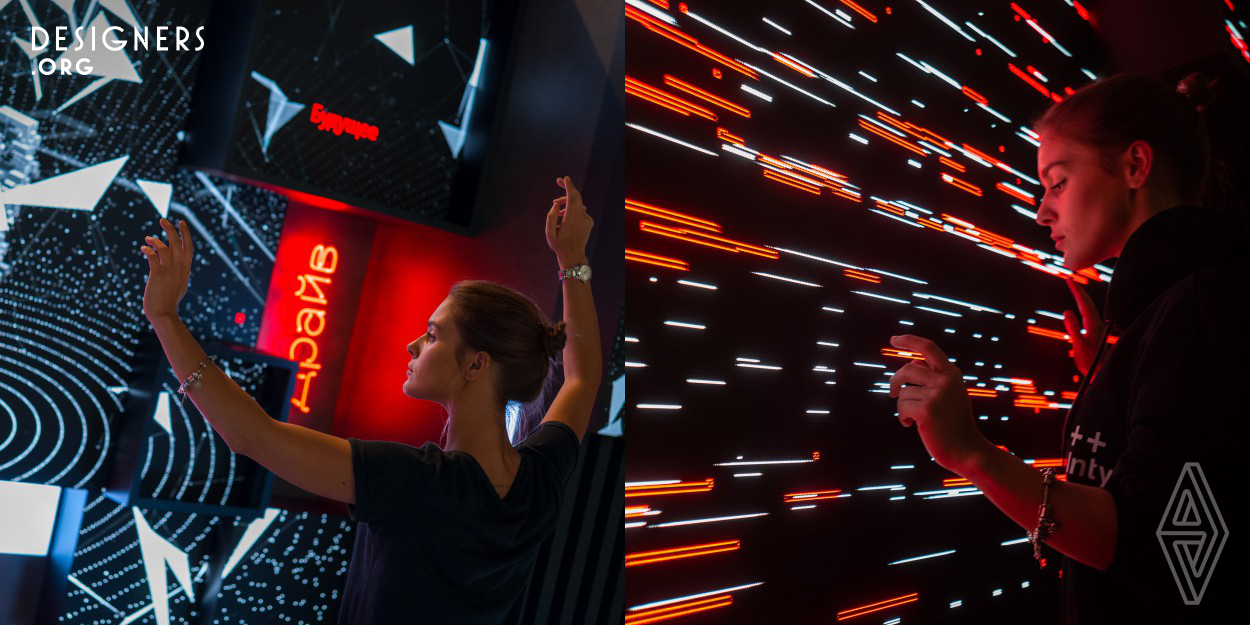 Visions of Future is an interactive motion-activated manifest. Borrowed from the aesthetics of sci-fi, and as far from the conventional booth design as possible. Neon lights and a towering fragmented screen-wall without any hints of controls. Every vision was constructed around the guest's digitized avatar, communications the main message - future is impossible without actions, no one does not know, where future lies, but Inty is the one to create it. To deliver this effect Inty used a depth camera, scanning the person in real-time. 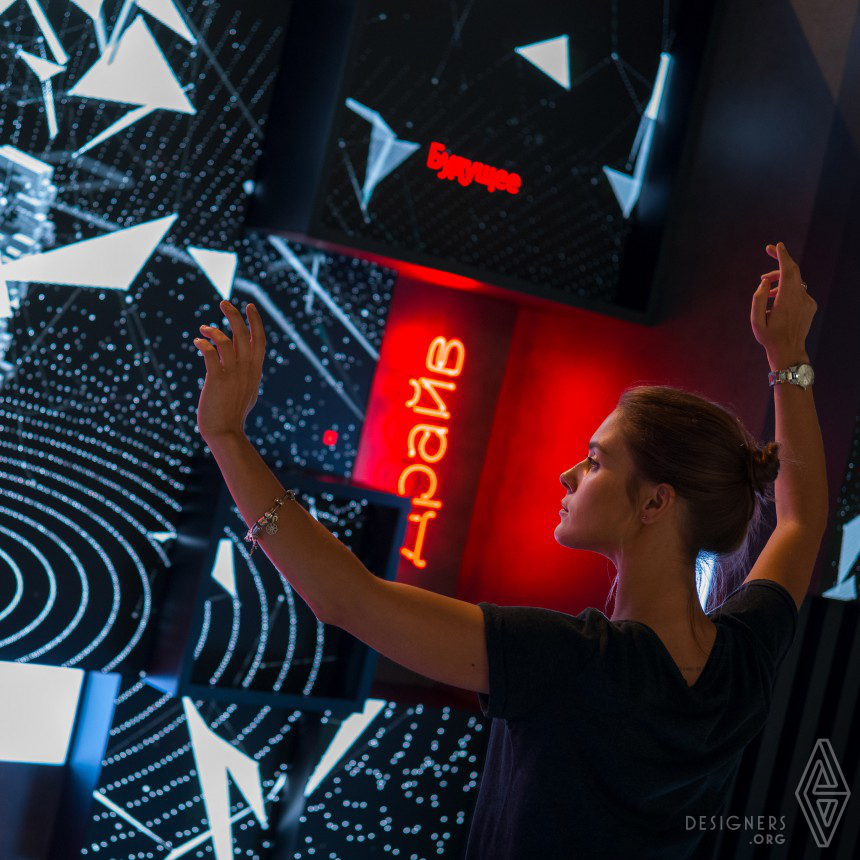 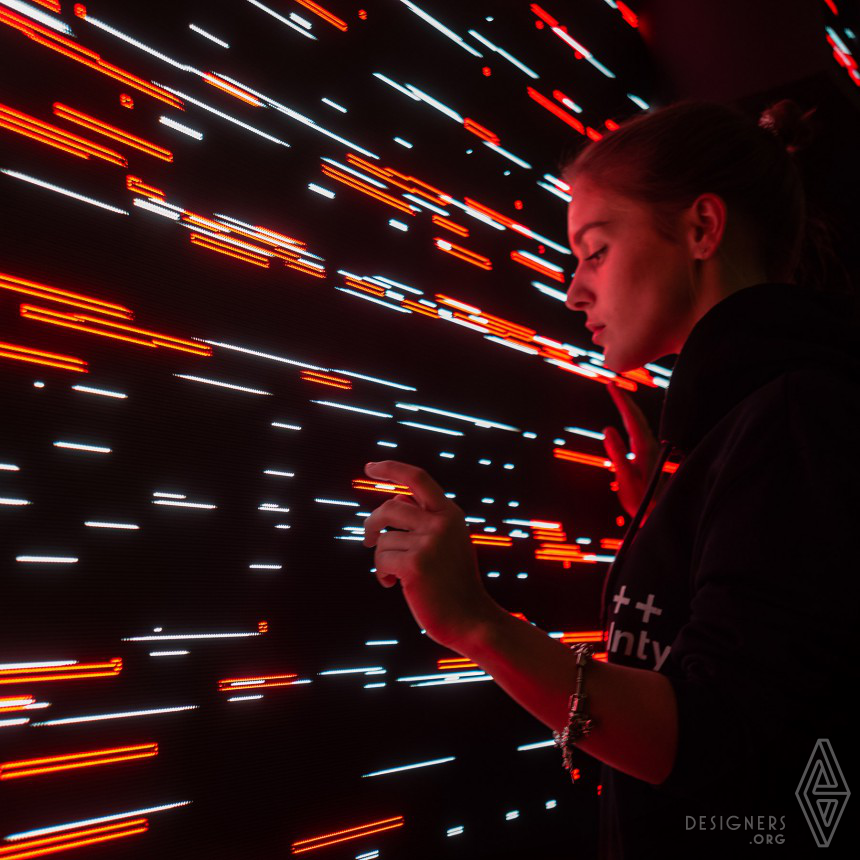 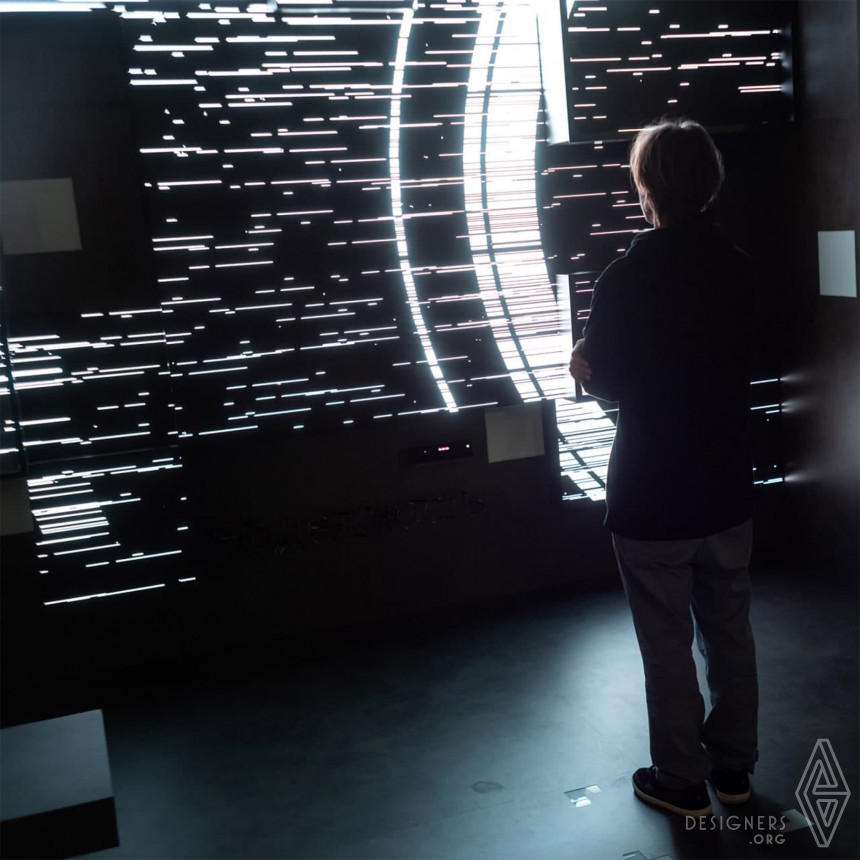 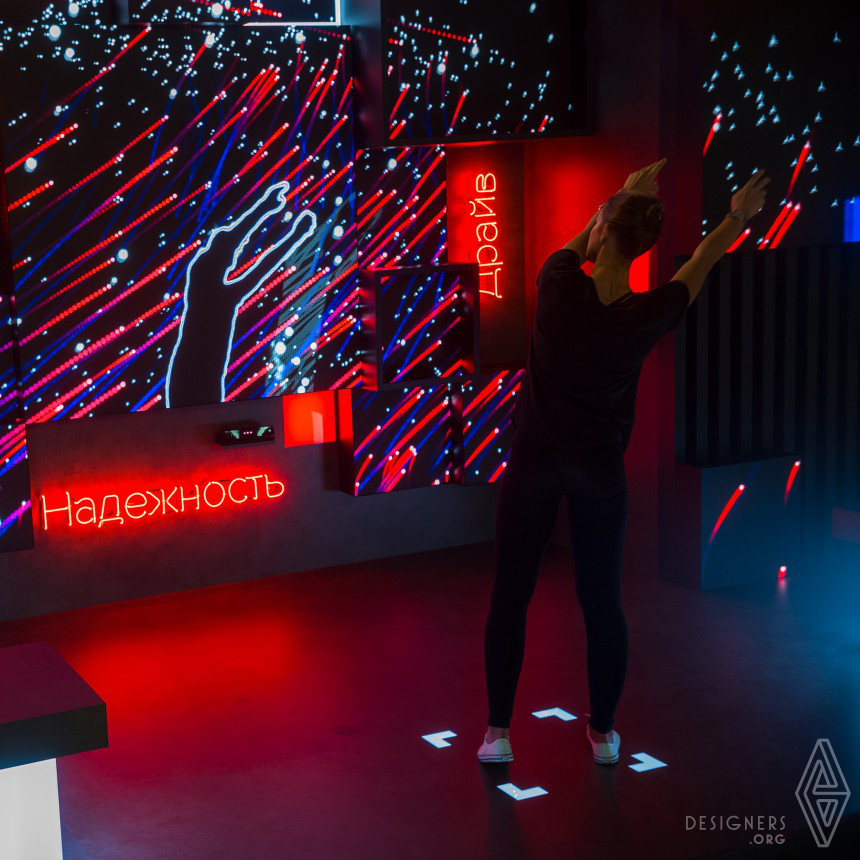 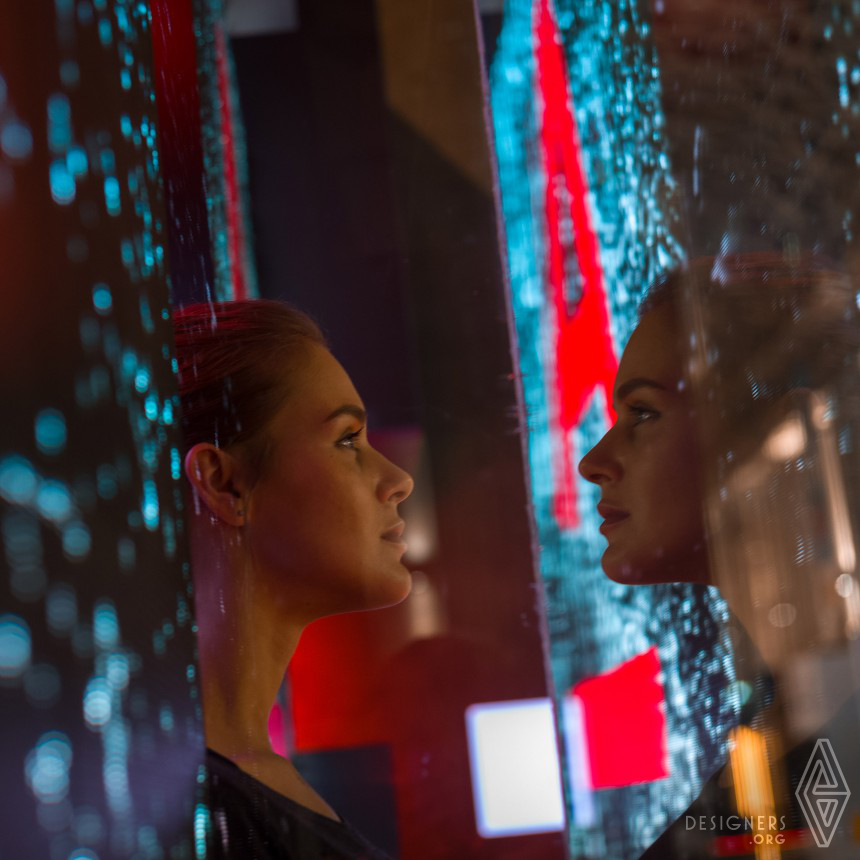 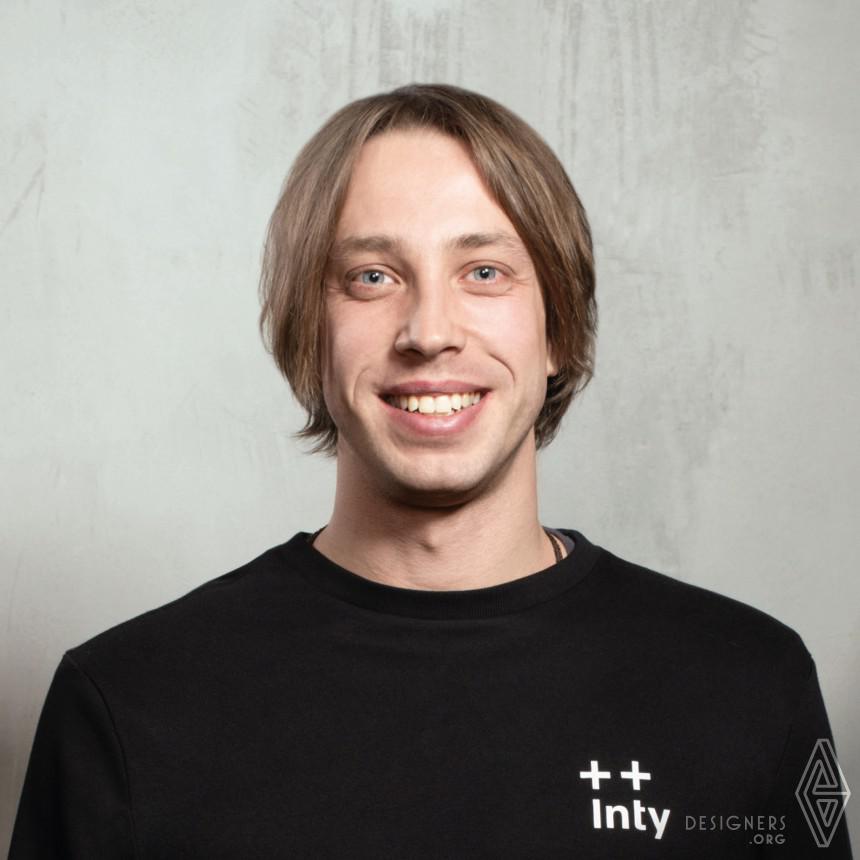