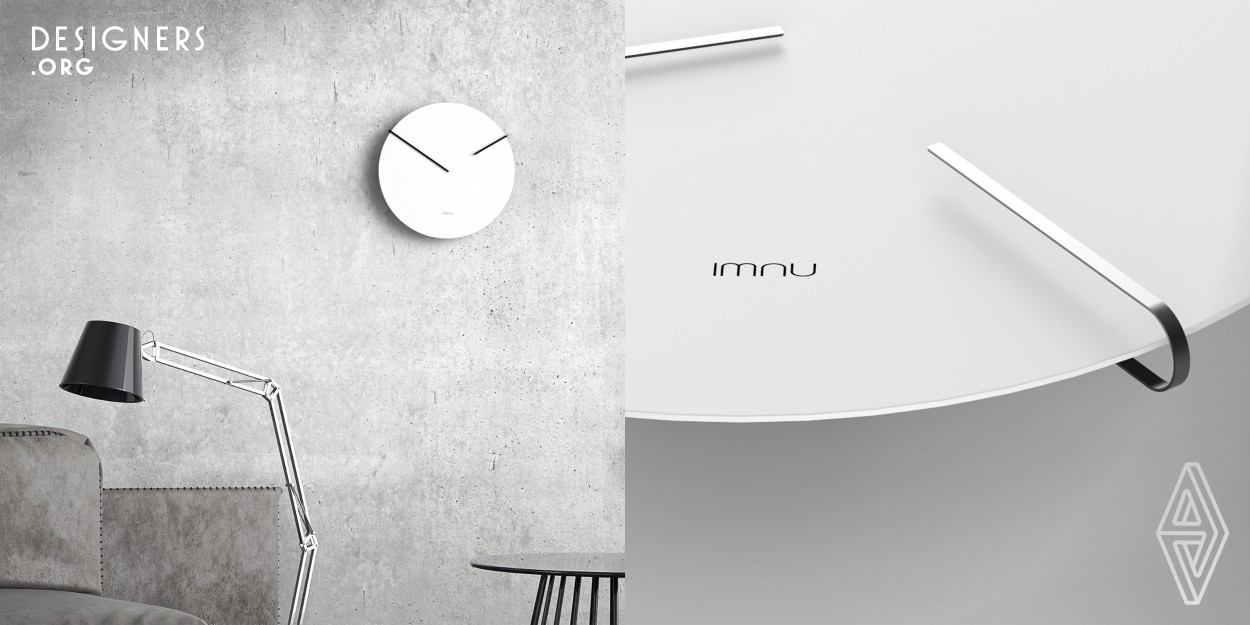 Imnu introduces a remake of a design classic, an original approach to the knownl wall clock. The focus in this design lies on the pointers of the clock. Instead of being attached to a pin in the middle of the dial, they run around the circumference. The clock face is a thin disc which seems to float on the wall. The designer‘s decision to leave the dial free of anything has a surprising effect as the hands come from behind the disc, folding themselves over the outer edge. The wall clock Imnu stands out thanks to its unconventional and minimalistic nature. 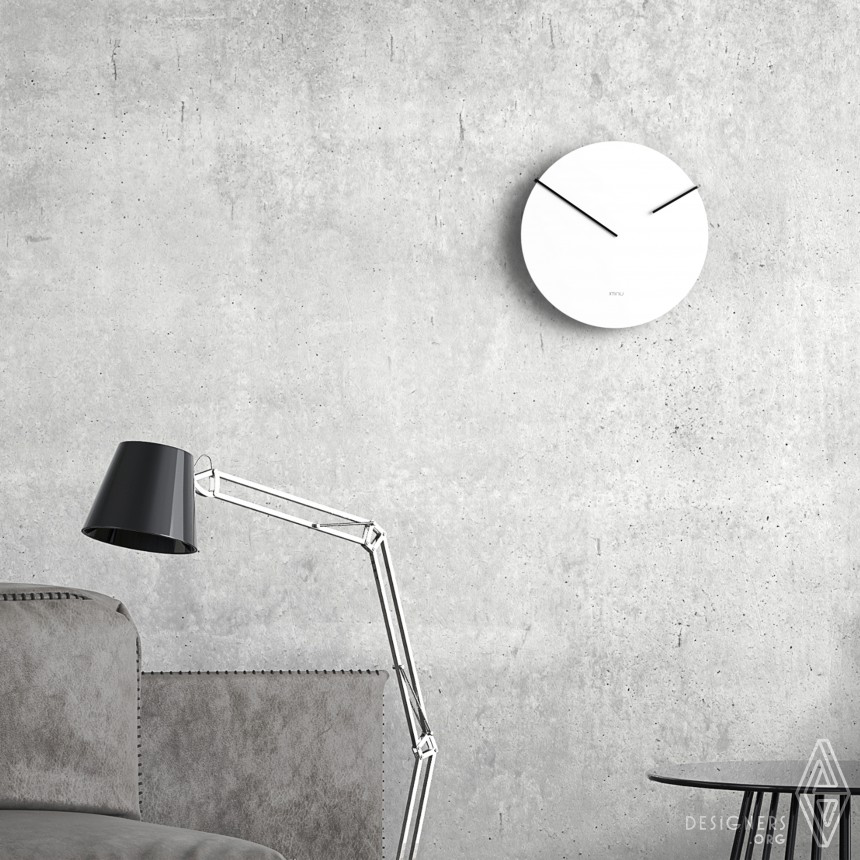 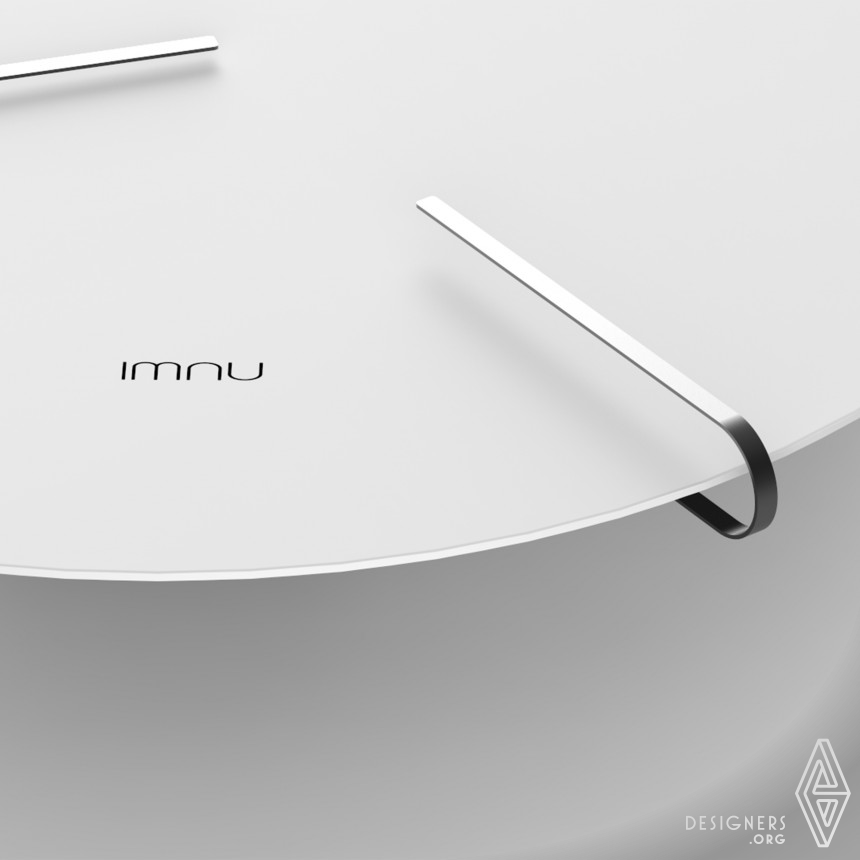 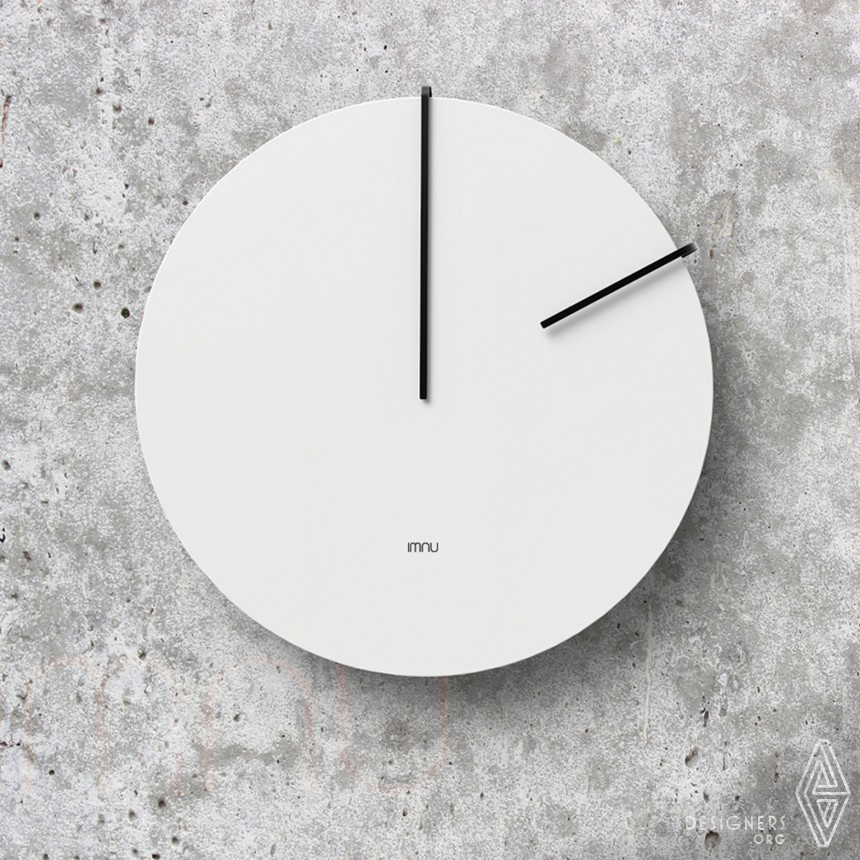 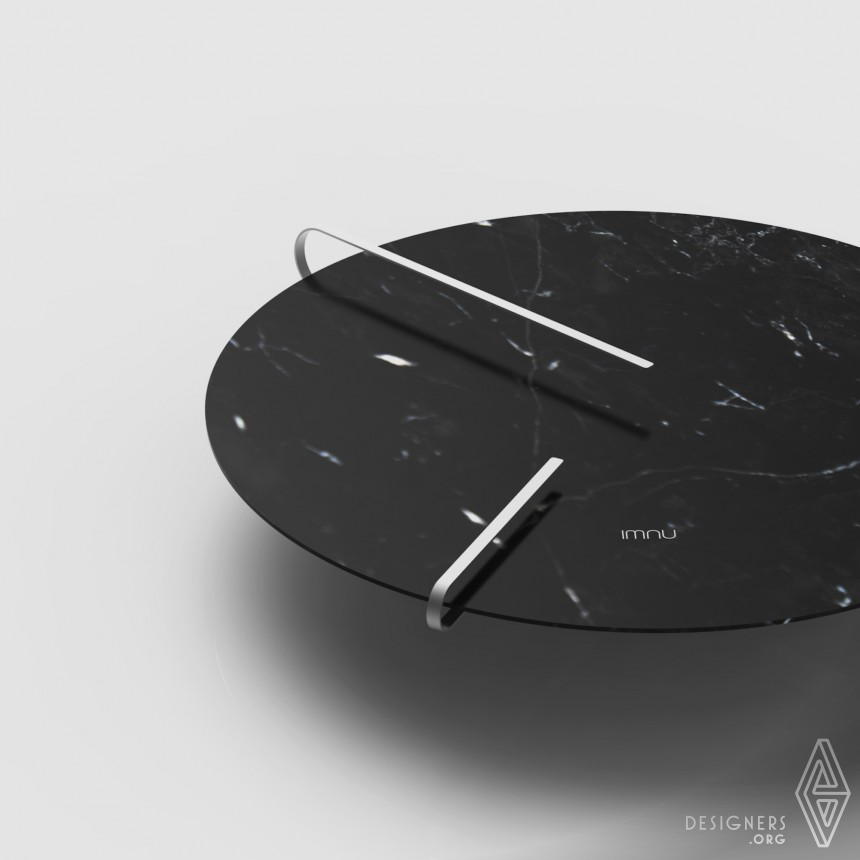 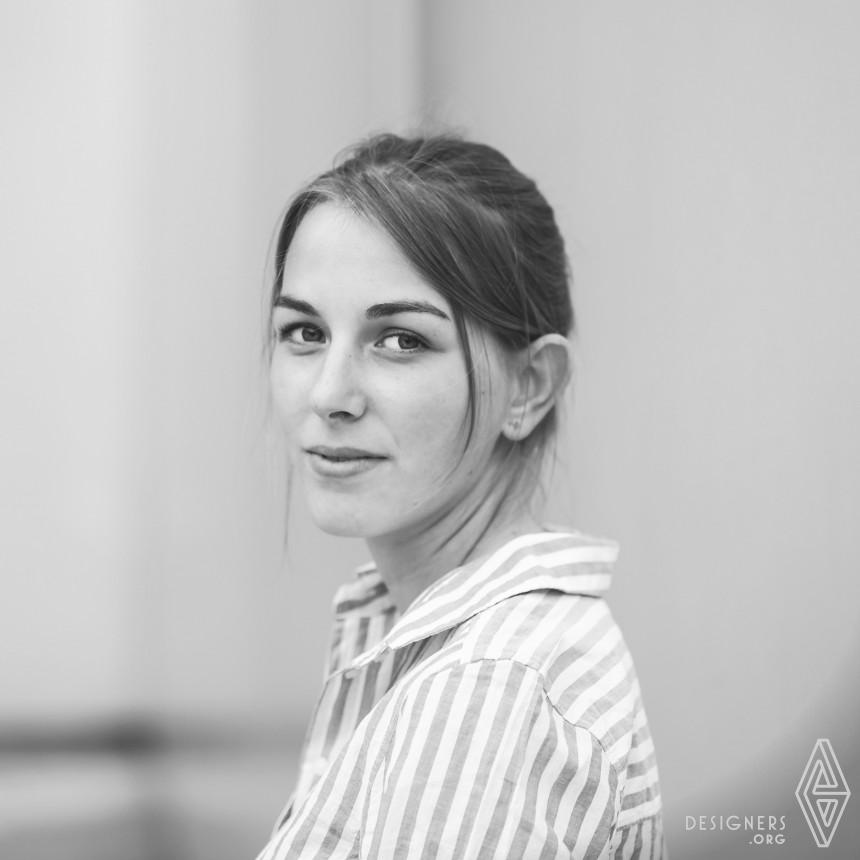