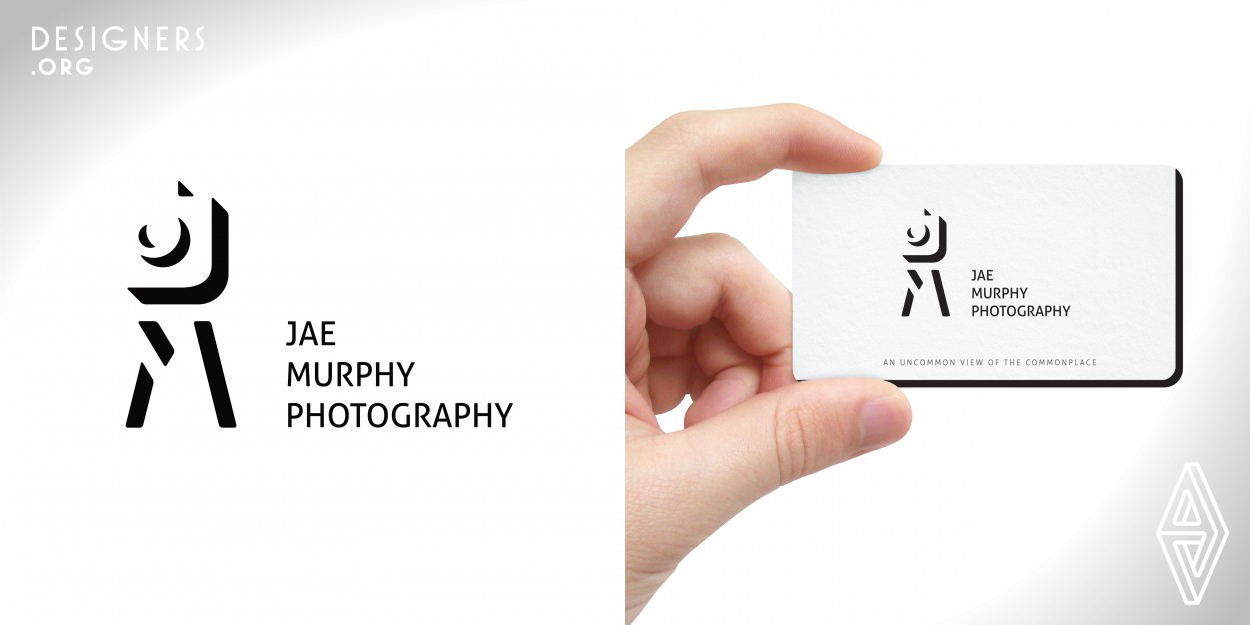 The negative space is used because it makes viewers curious and once they experience that Aha moment, they instantly like it and memorize it. Logo mark has initials J, M, the camera and tripod incorporated in the negative space. Since Jae Murphy often photographs children, the big stairs, formed by name, and low placed camera suggest that kids are welcome. Through Corporate Identity design, the negative space idea from the logo is further developed. It adds a new dimension to every item and makes the slogan, An Uncommon View of the Commonplace, stand true. 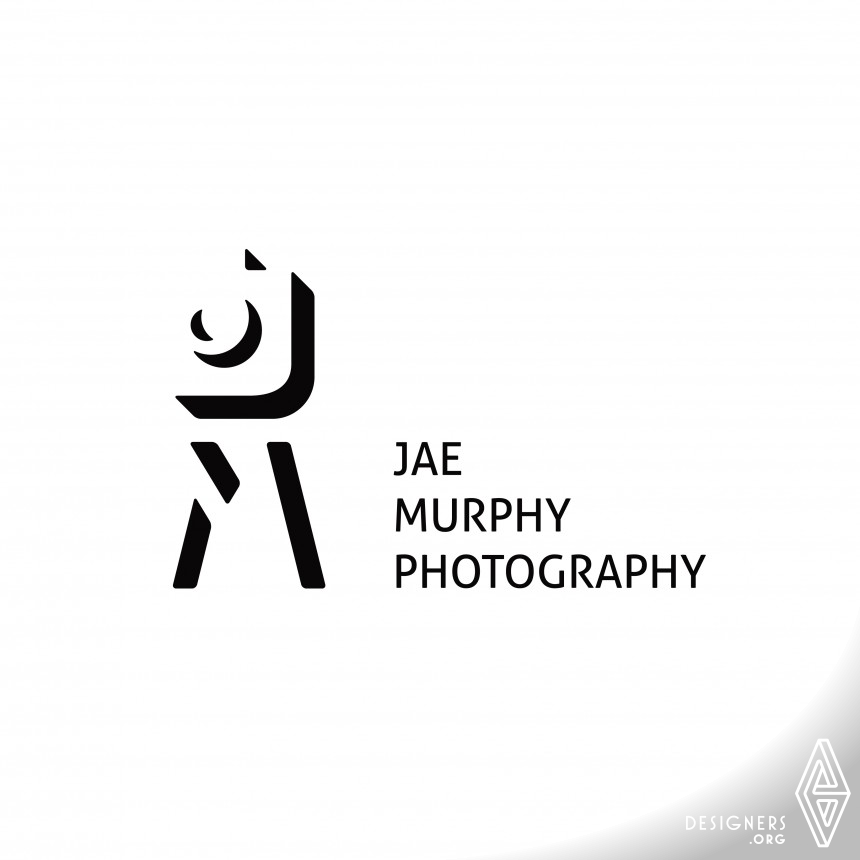 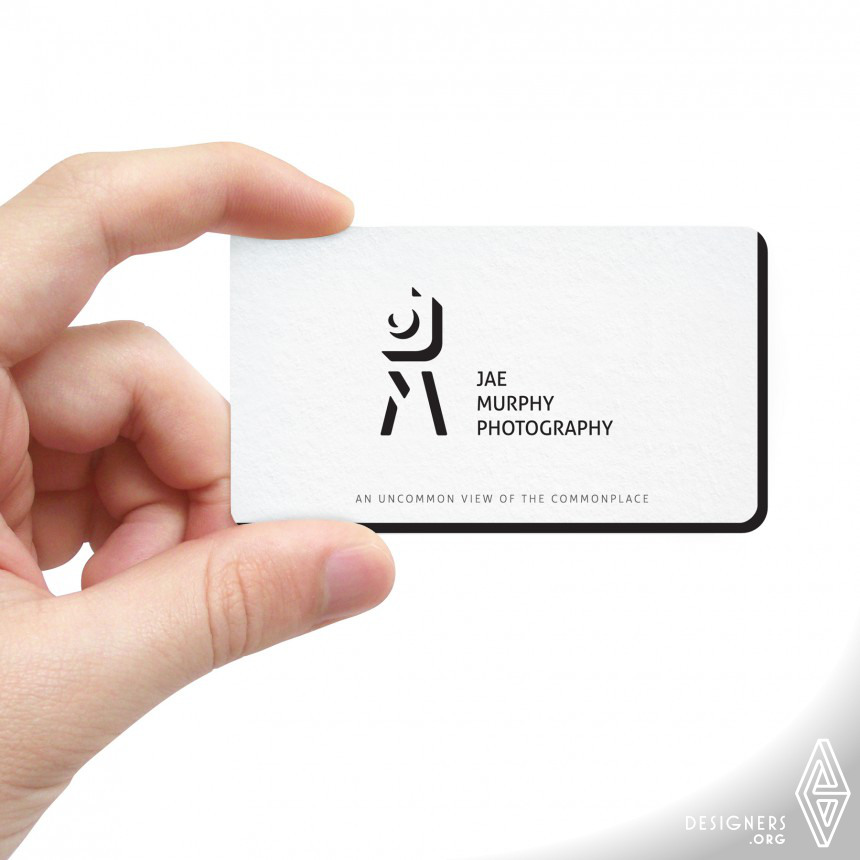 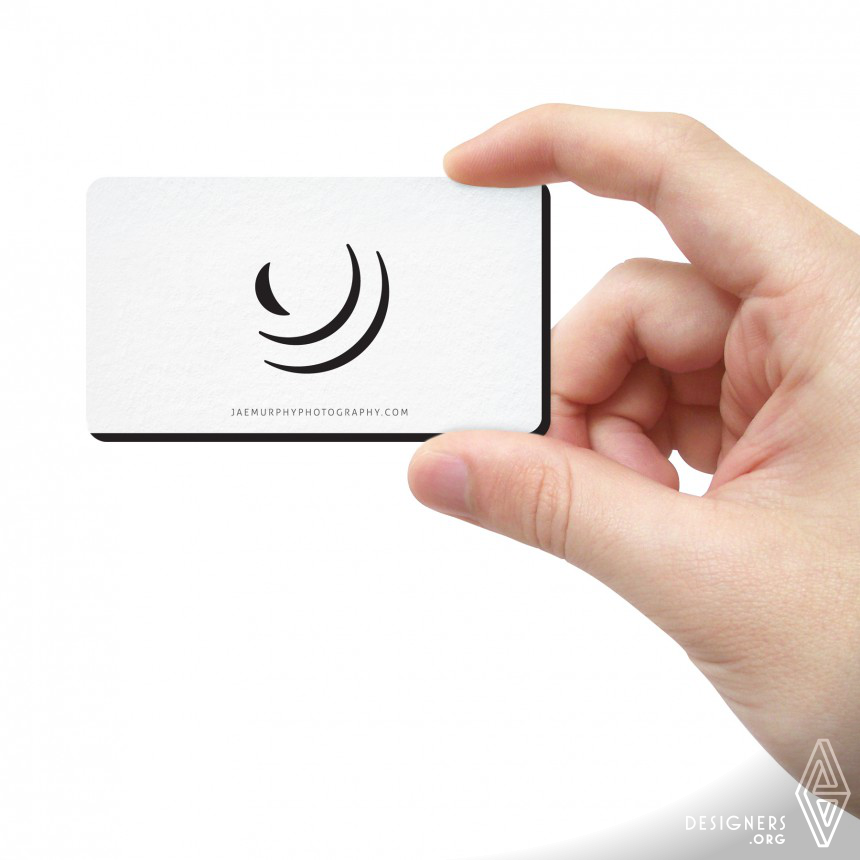 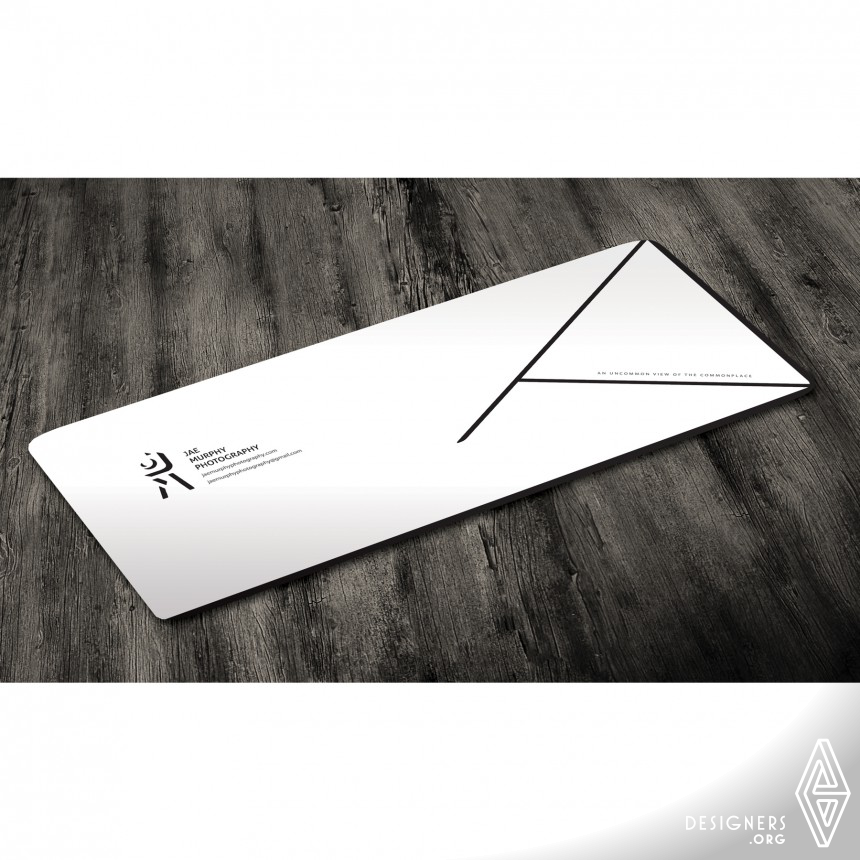 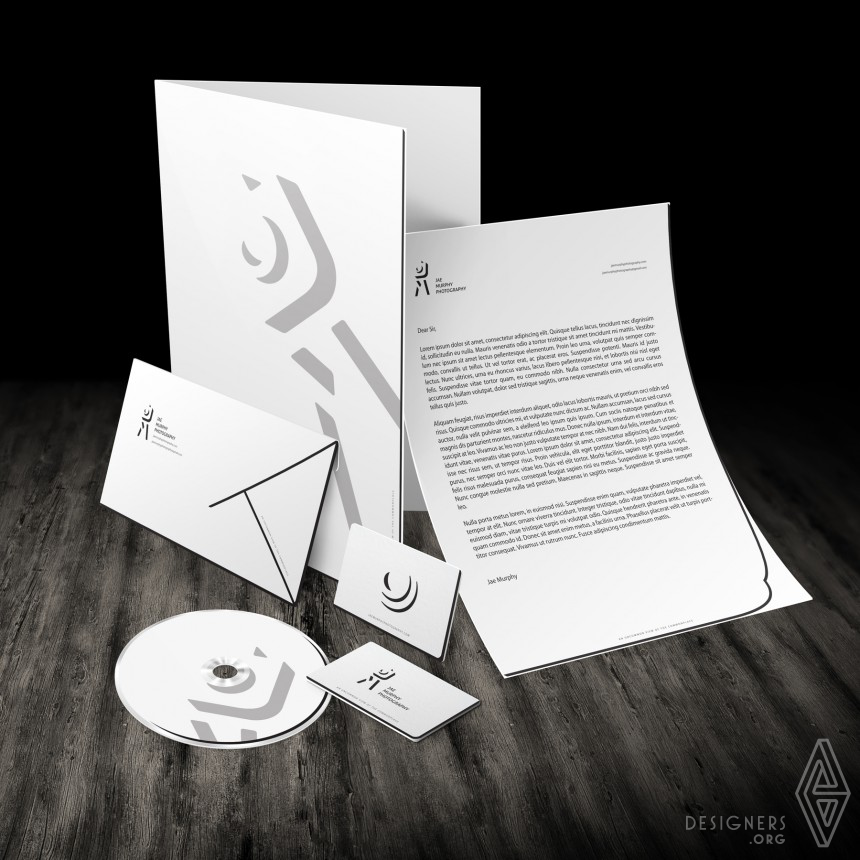 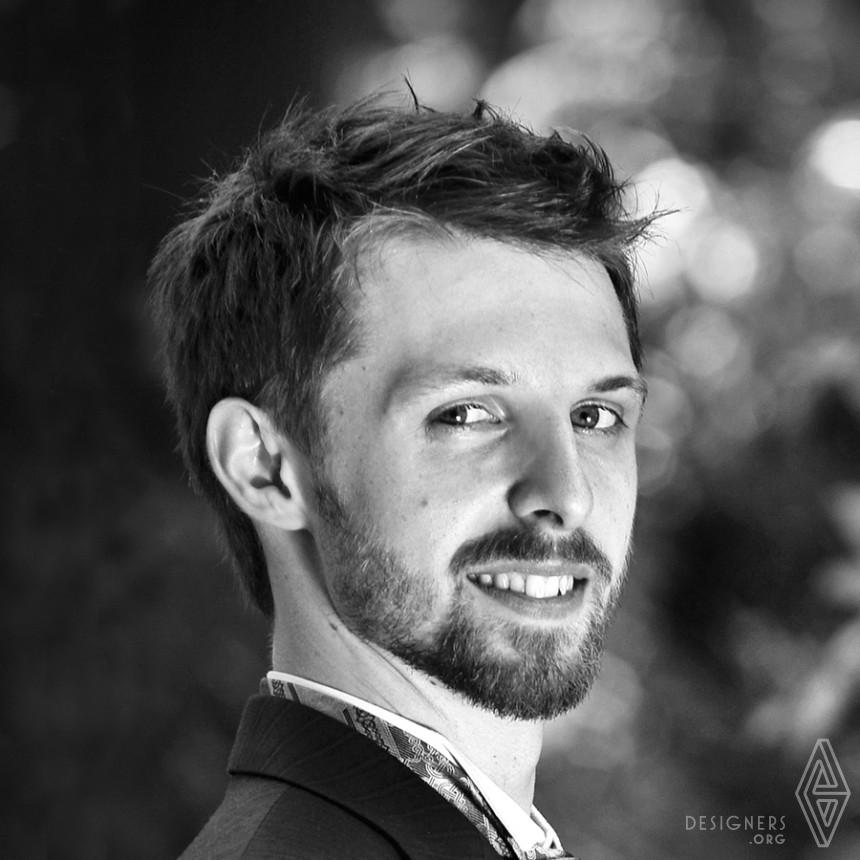