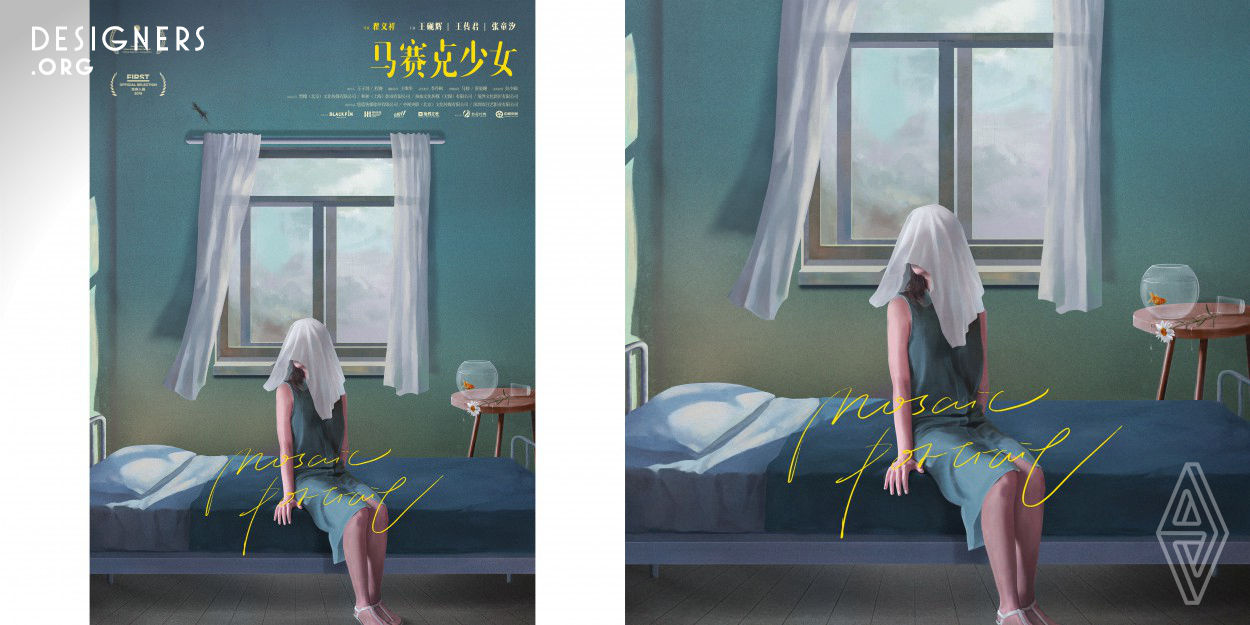 The art film "mosaic portrait" was released as a concept poster. It mainly tells the story of a girl who was sexually assaulted. White usually has the metaphor of death and the symbol of chastity. This poster chooses to hide the message of "death" behind a girl's quiet and gentle state, so as to highlight the stronger emotion behind silence. At the same time, the designer integrated artistic elements and suggestive symbols into the picture, causing more extensive thinking and exploration of film works. 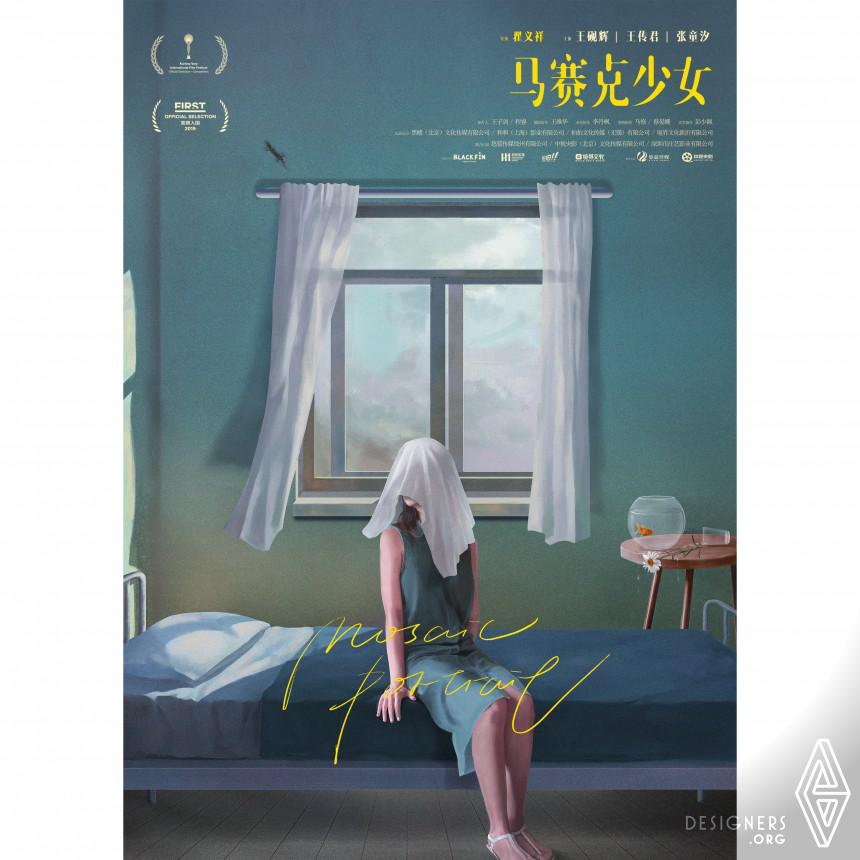 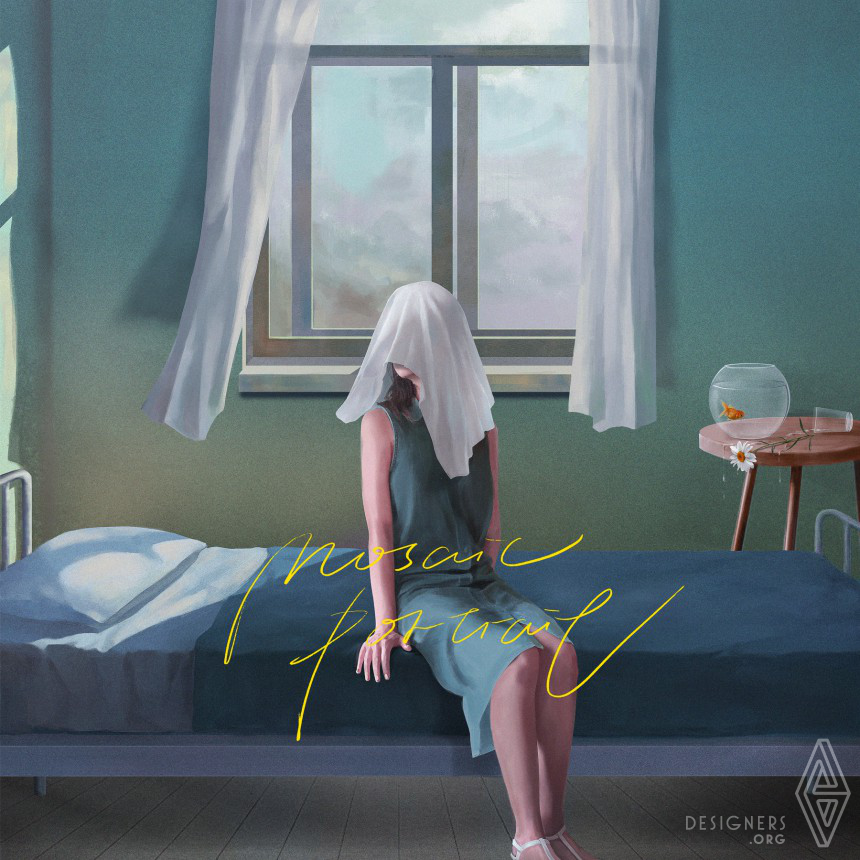 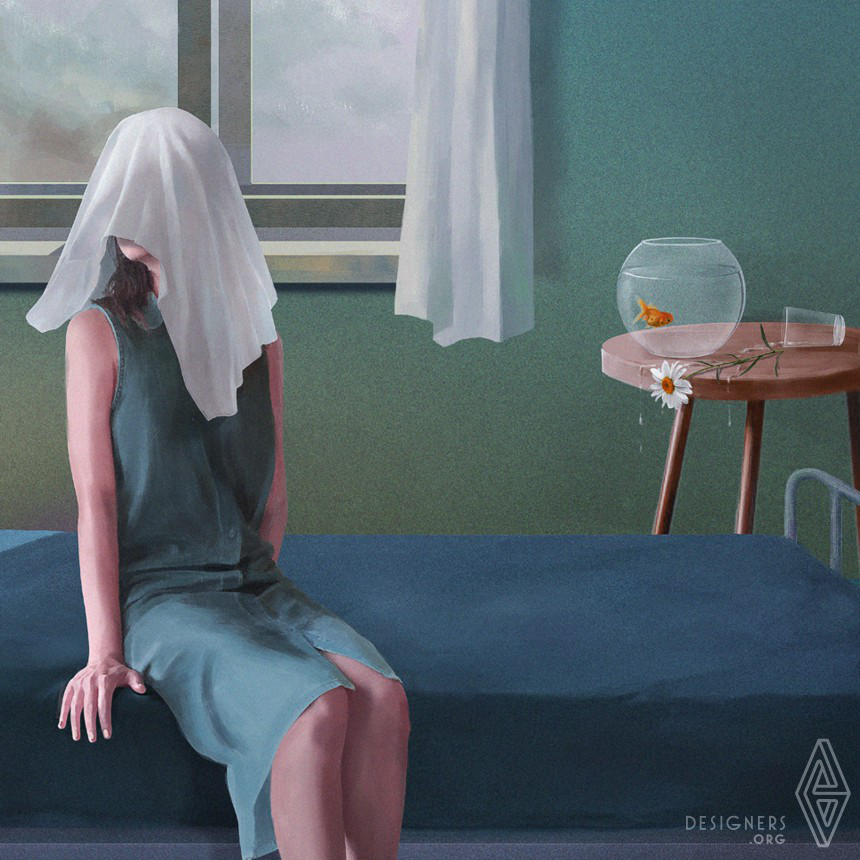 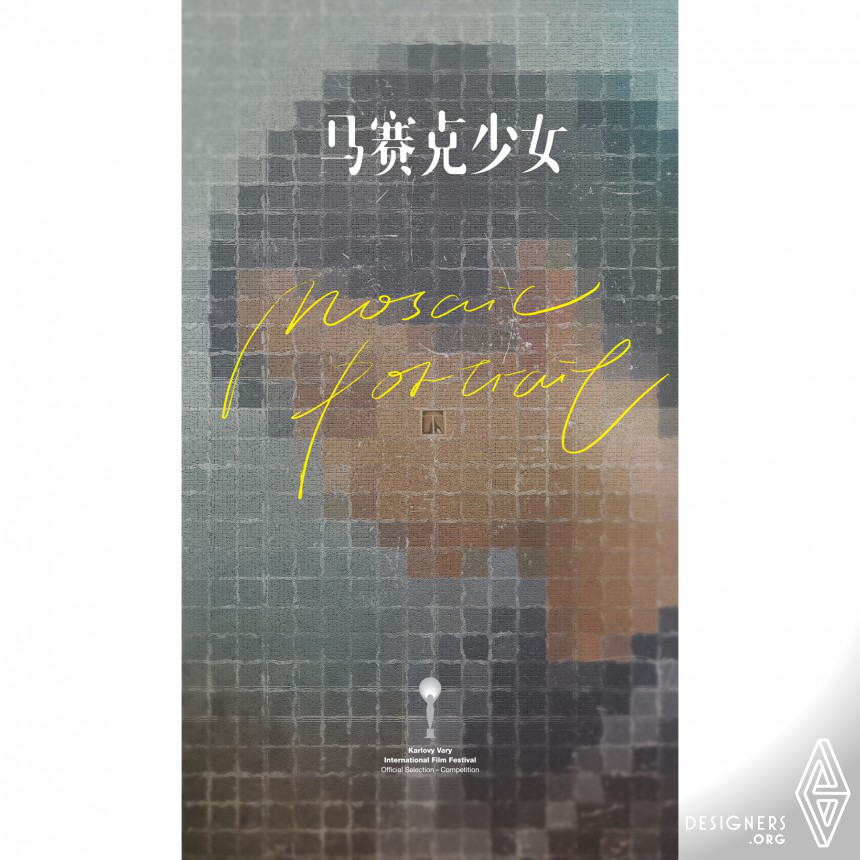 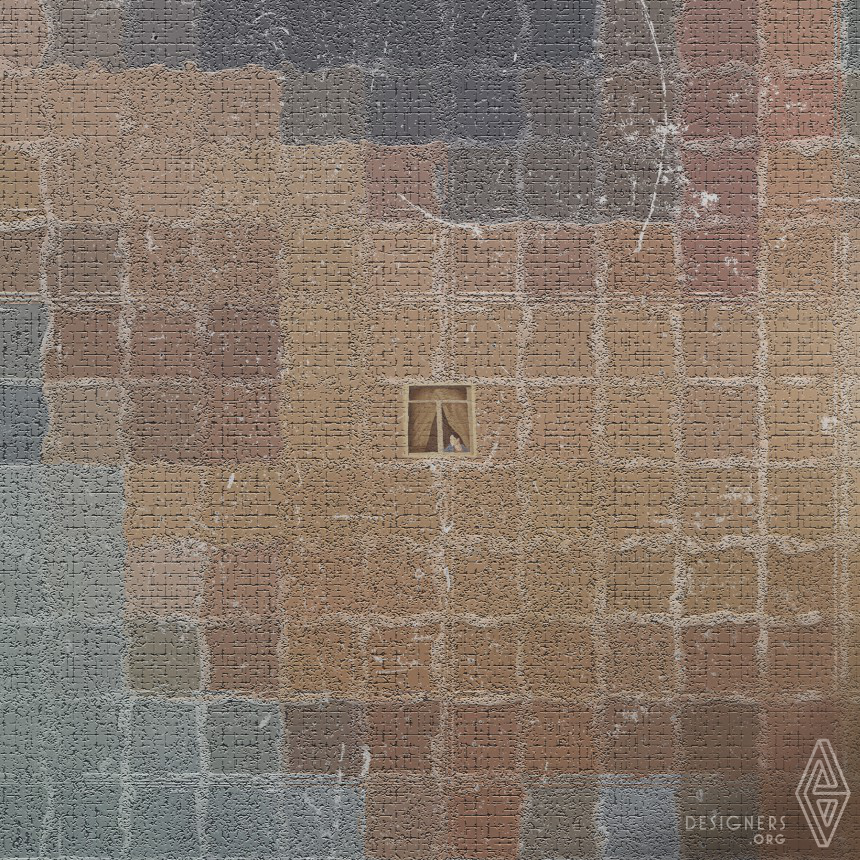