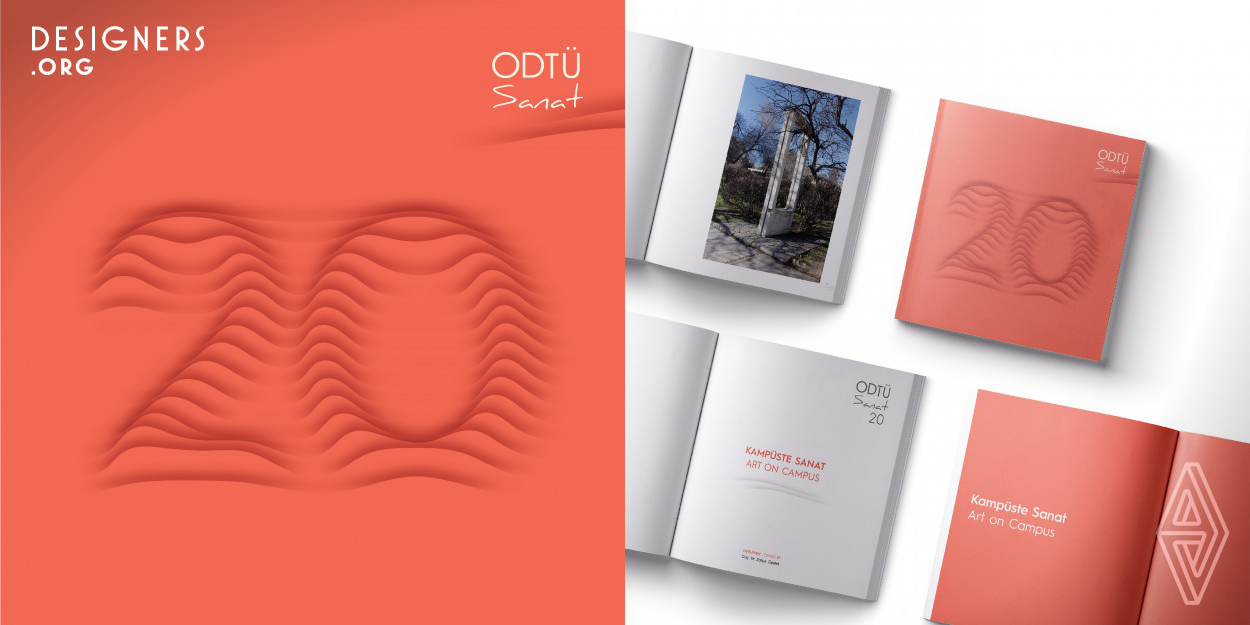 For the 20th year of ODTU Sanat, an annually held art festival by Middle East Technical University, the request was to build a visual language to highlight the consequent 20 years of the festival. As requested, the 20th year of the festival was emphasized by approaching it like a covered art piece to be unveiled. Shadows of the same colored layers that form the numbers 2, and 0 created a 3D illusion. This illusion gives the feeling of relief and the numbers look like they melted into the background. The vivid color choice creates a subtle contrast with the tranquility of the wavy 20. 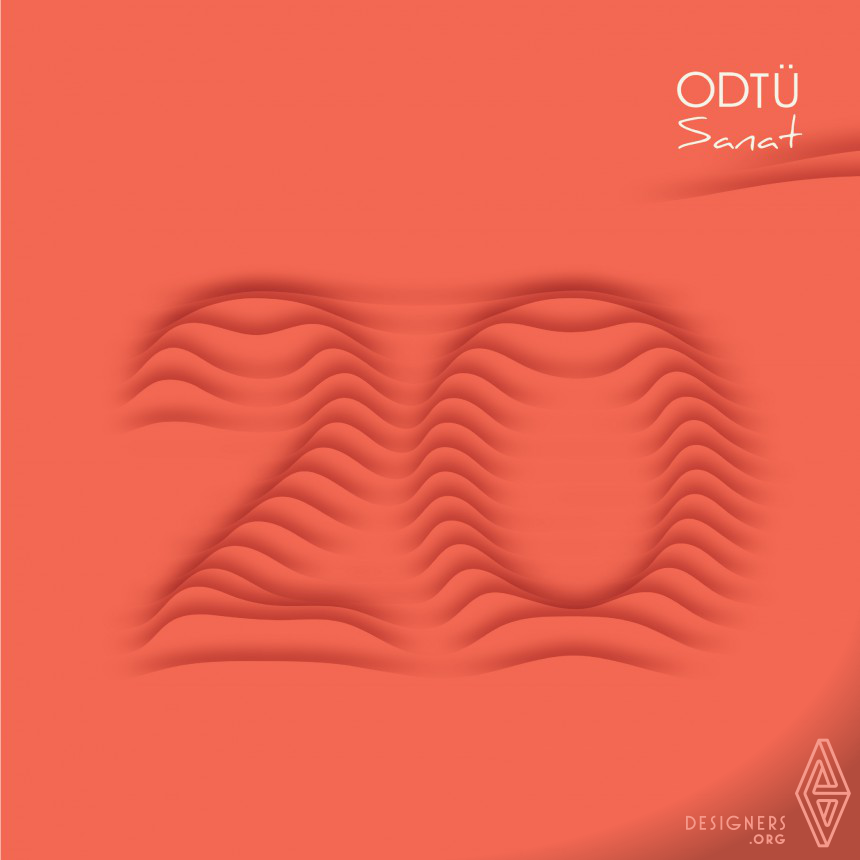 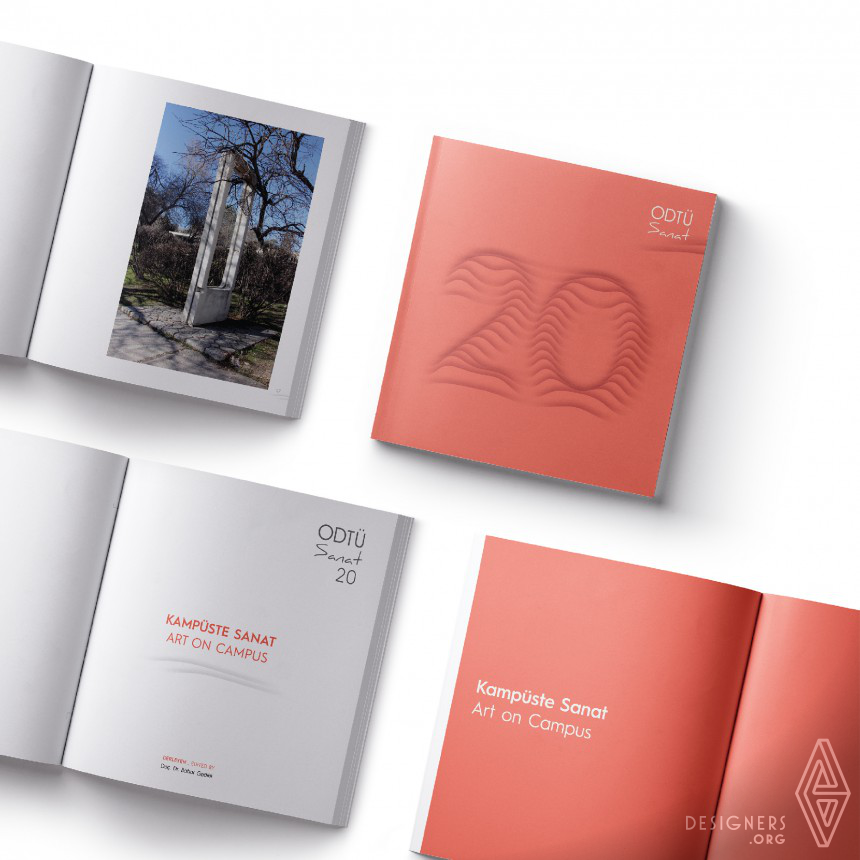 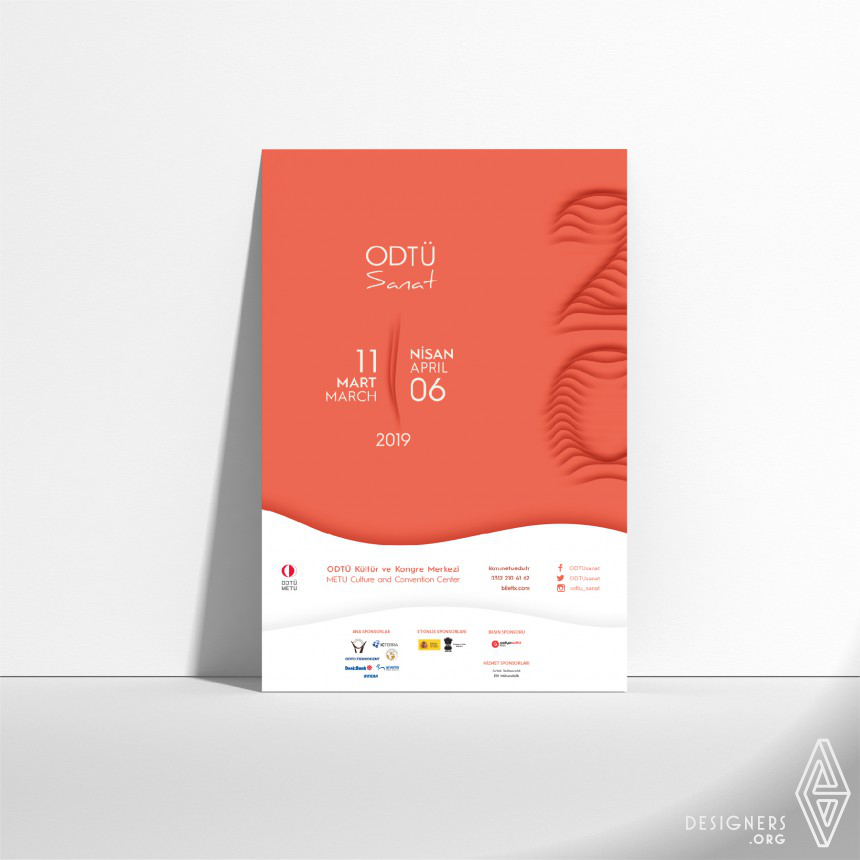 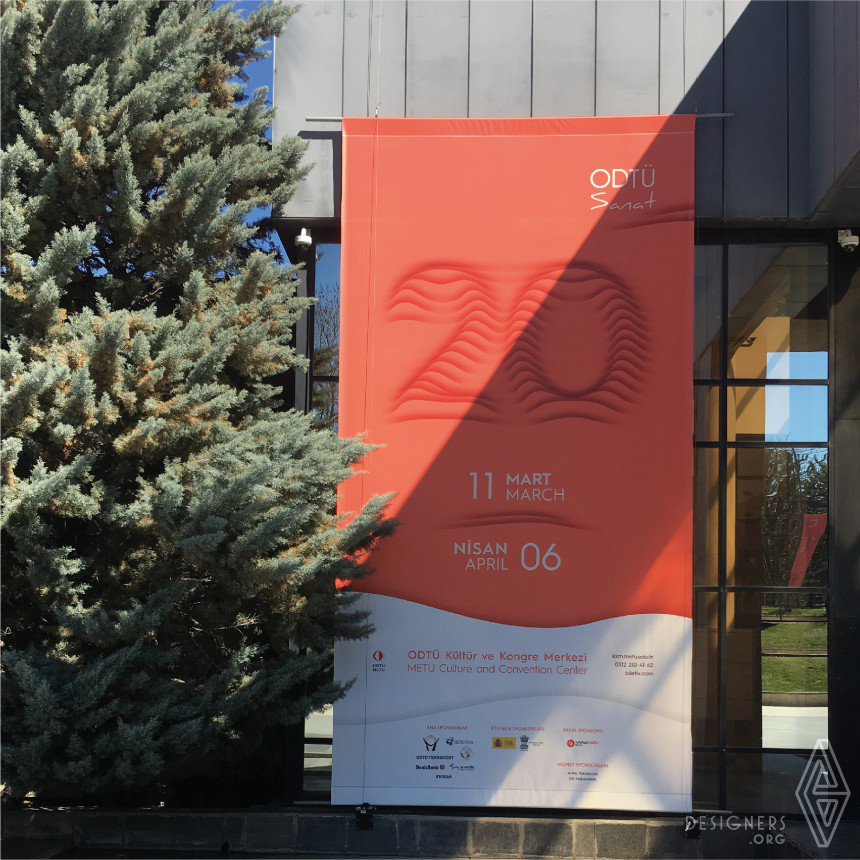 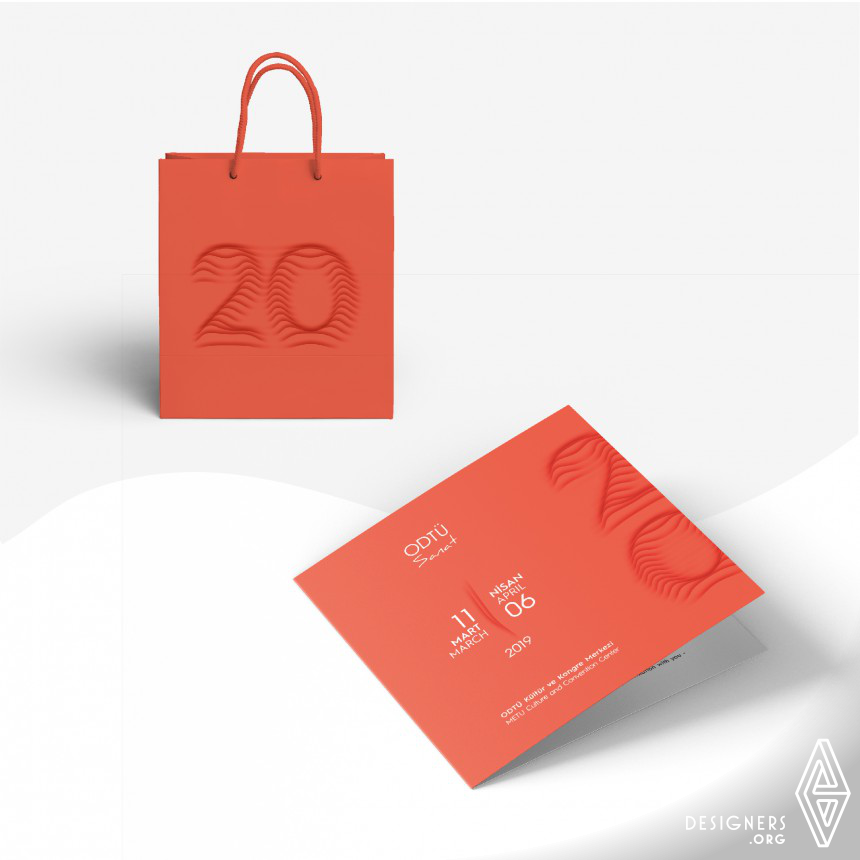 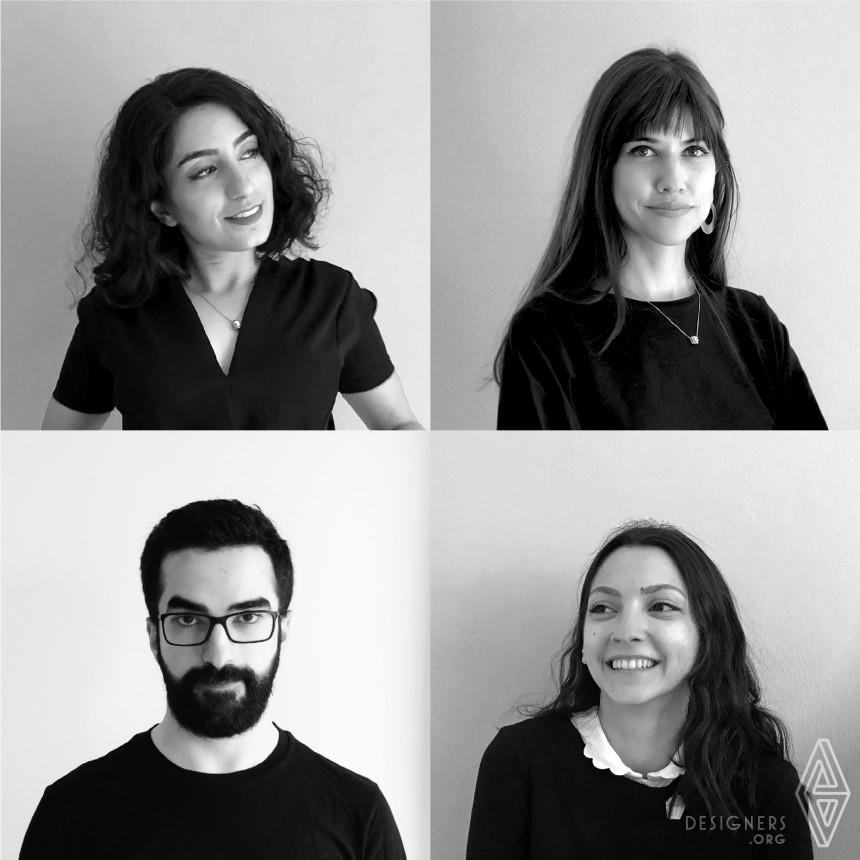