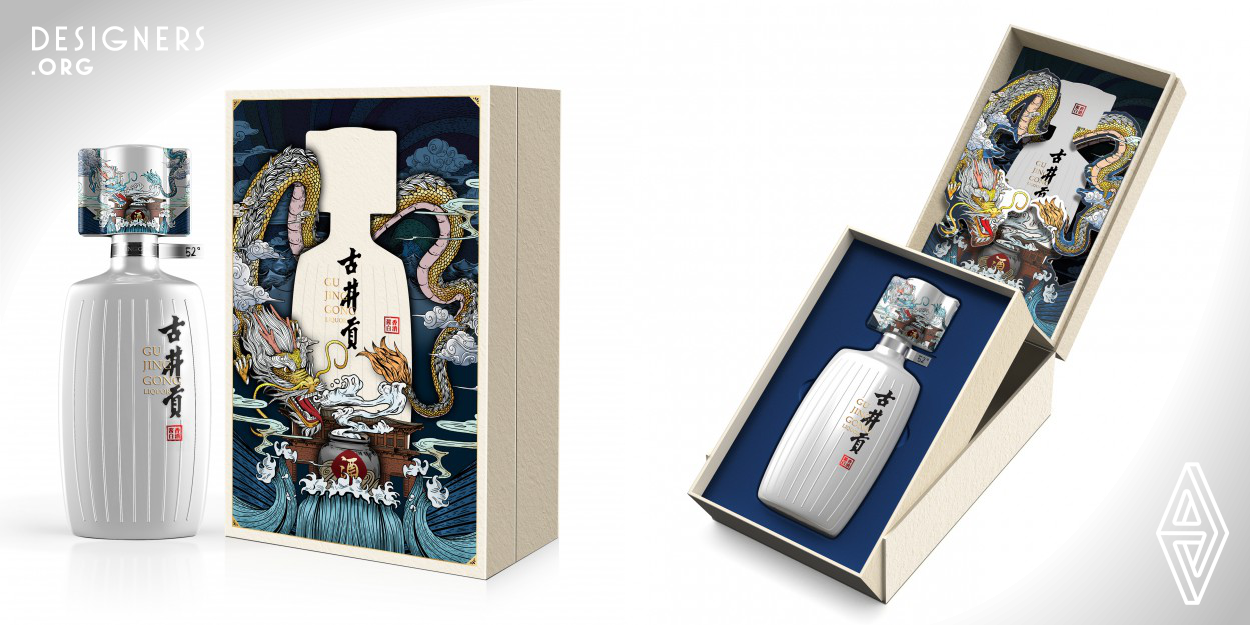 The cultural stories handed down by the people are presented on the packaging, and the patterns of dragon drinking are meticulously drawn. The dragon is respected in China and symbolizes auspiciousness. In the illustration, the Dragon comes out to drink. Because it is attracted by wine, it hovers around the wine bottle, adding traditional elements such as Xiangyun, palace, mountain and river, which confirms the legend of Gujing tribute wine. After opening the box, there will be a layer of card paper with illustrations to make the box have the overall display effect after opening. 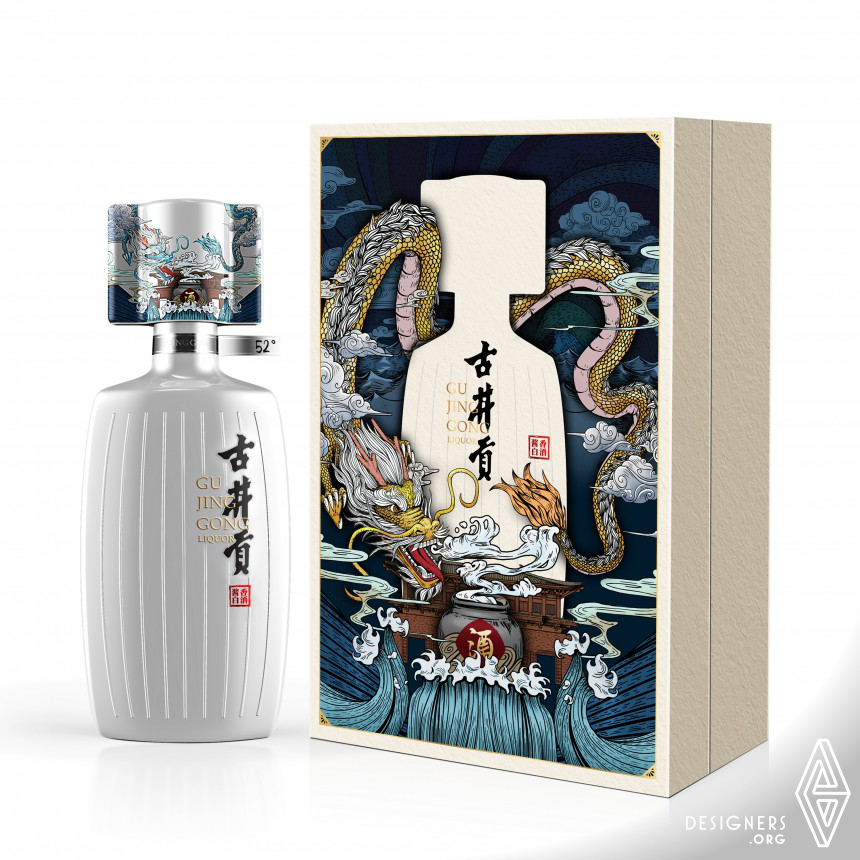 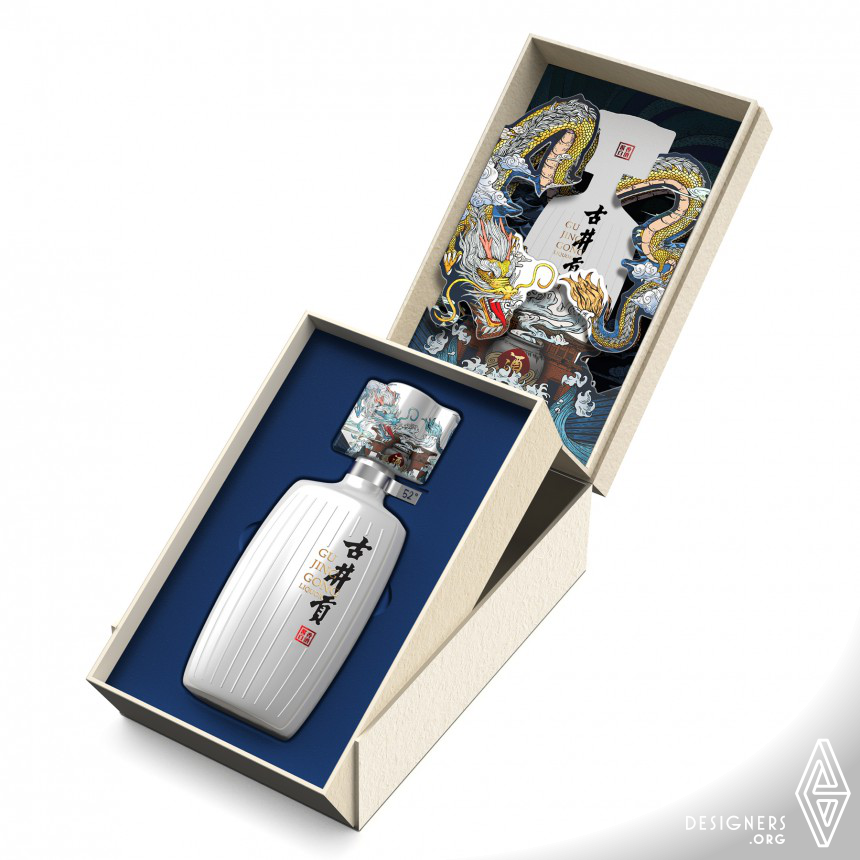 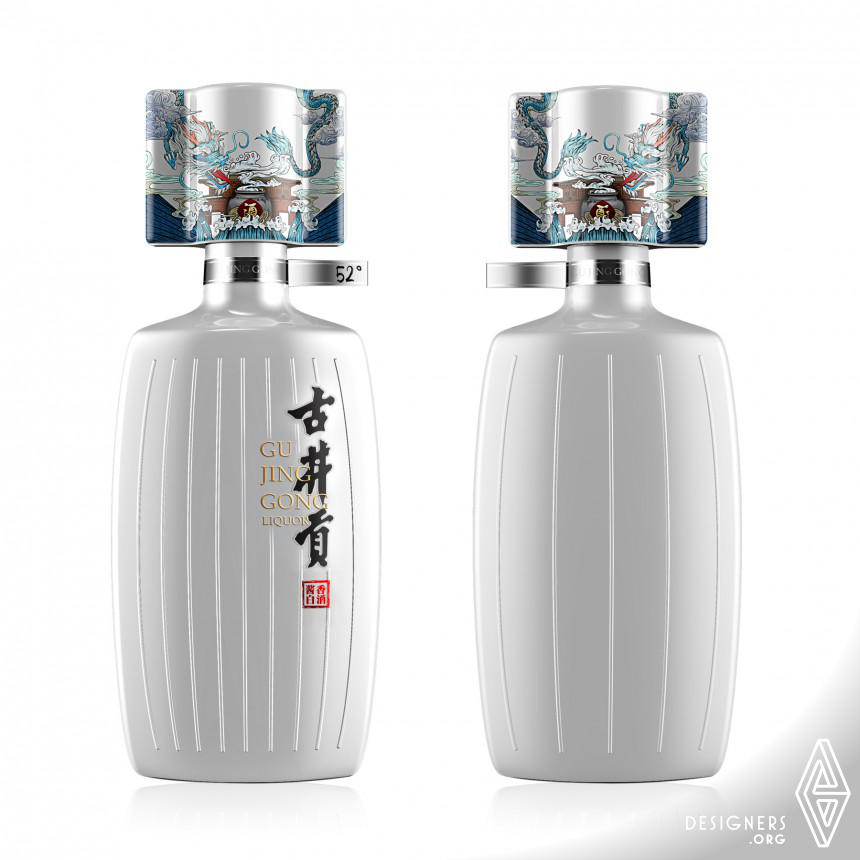 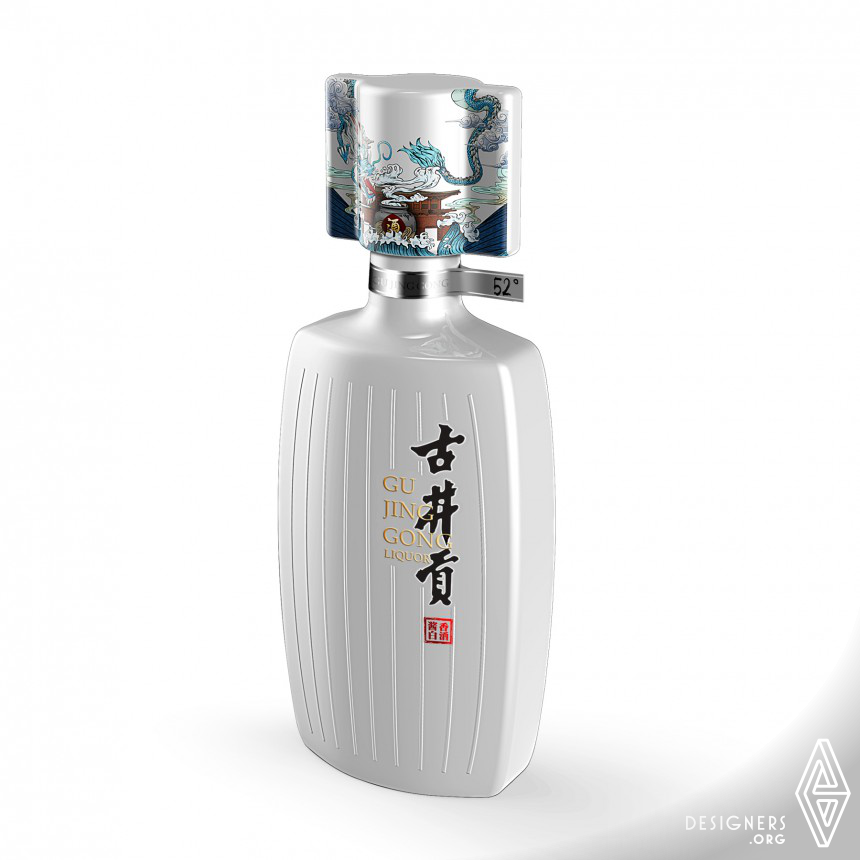 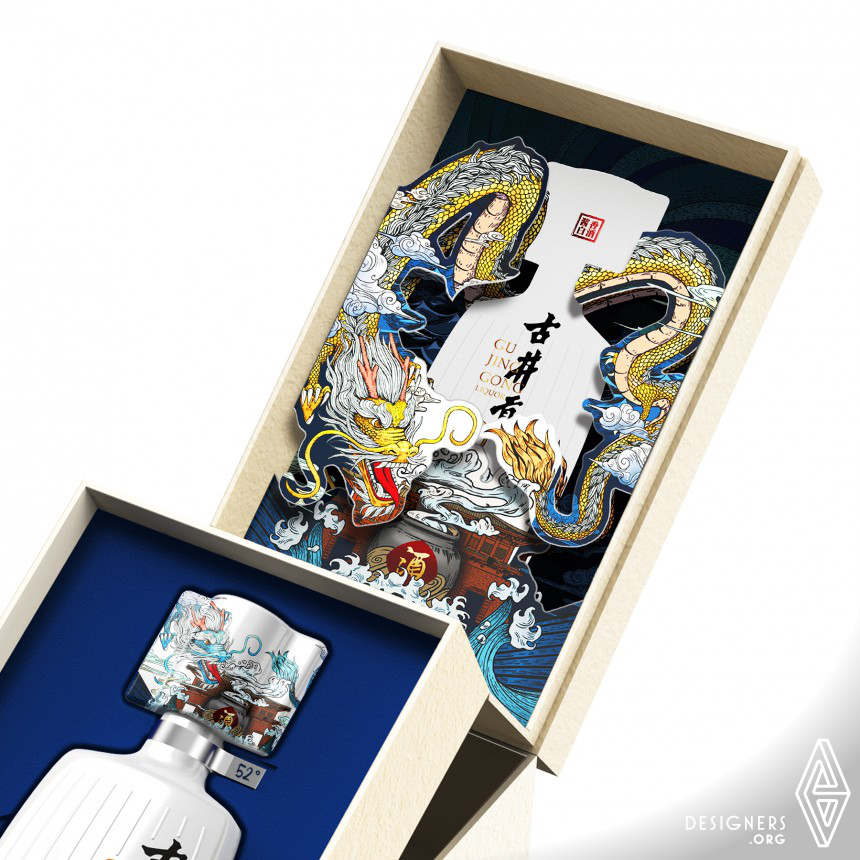 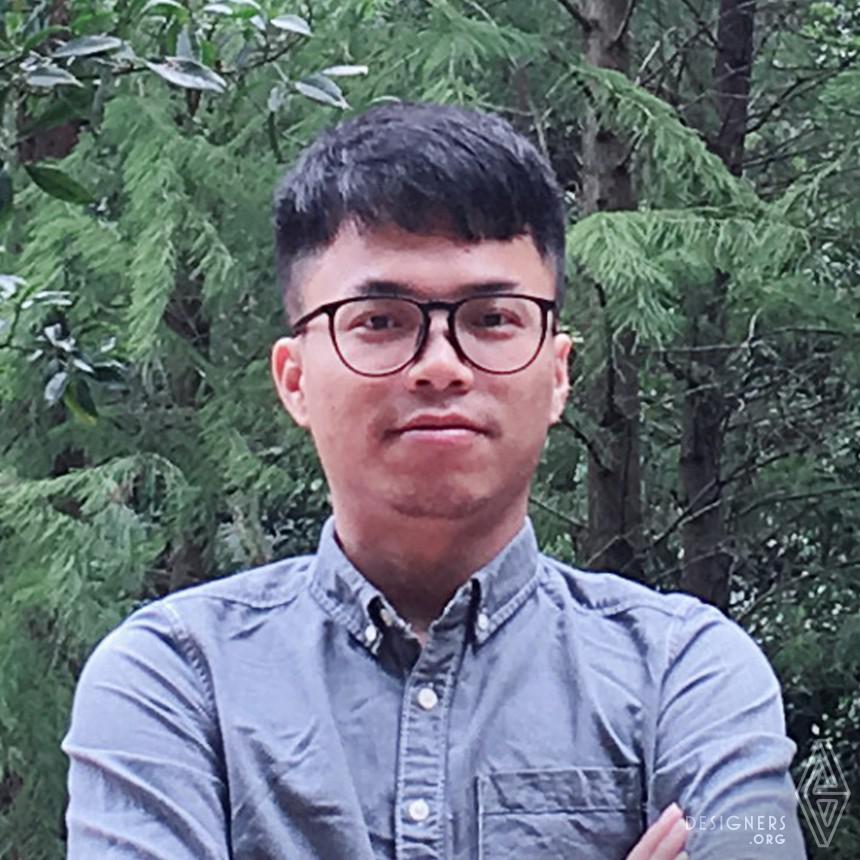