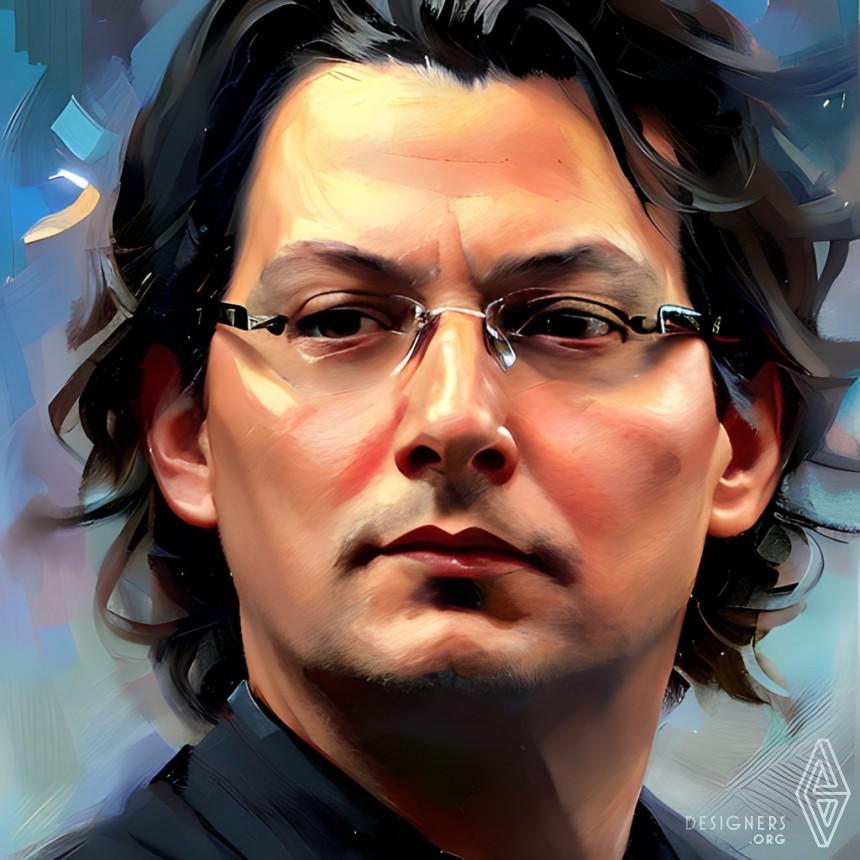 I have over 16 years’ experience in design and communications, including over 7 years of research in branding and advertising specifically. I have won numerous international design awards and designs at the international level. My design experience ranges from creative direction, packaging, branding and Multimedia (both traditional and digital). I worked as a lecturer in creative design in various American universities and as a creative consultant at Leo Burnett, Hilton Worldwide, Jordan Aviation, Royal Falcon, Jordan Duty Free, Samsung, Macdonald, G2000, Hublot, The One, International Trade Center (UN) and various international NGOs such as UNRWA, Global Health Development and USAID. I was a final judge for the Stevie Awards for Creative Communications & International Business Awards where I evaluated DHL, Nivea, Pepsi, Coca-Cola and more big names, I was a final judge for Future Ideas, Adobe Achievements Awards 2018, the A’ design awards, and Grand Jury Panel at Vega Digital Awards where I evaluated Porsche campaign, McCann Stockholm, FOX Networks Group Spain and more. I’m currently Grand Jury Panel at Global Trend Awards 2018 where I evaluated BBC, Jaguar, eBay, Sony pictures, Nike and more. 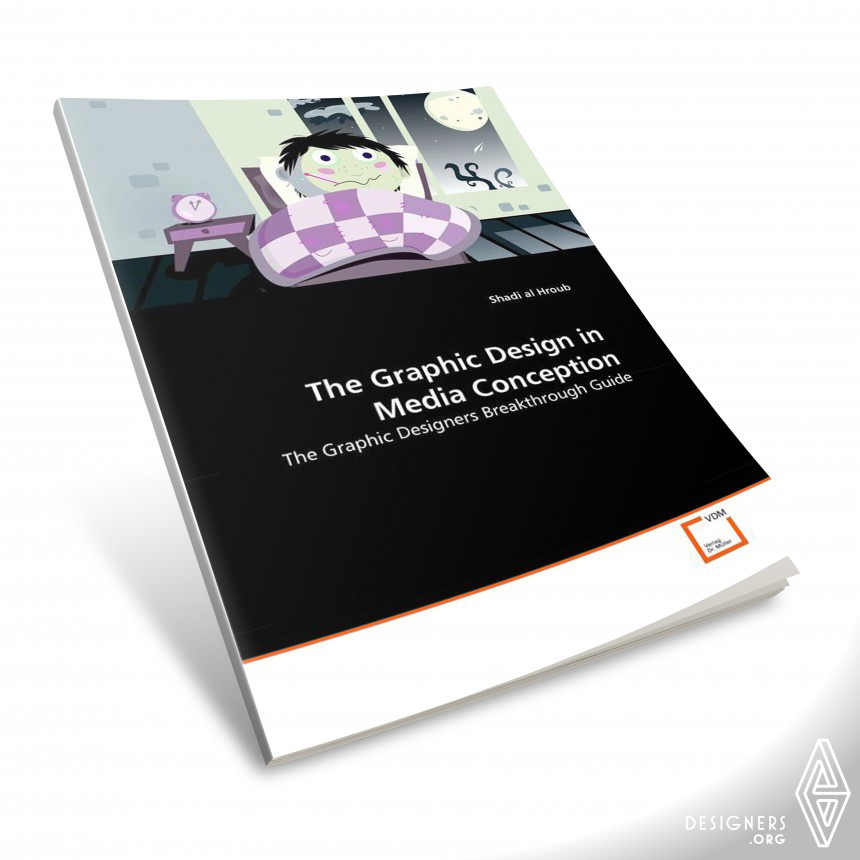 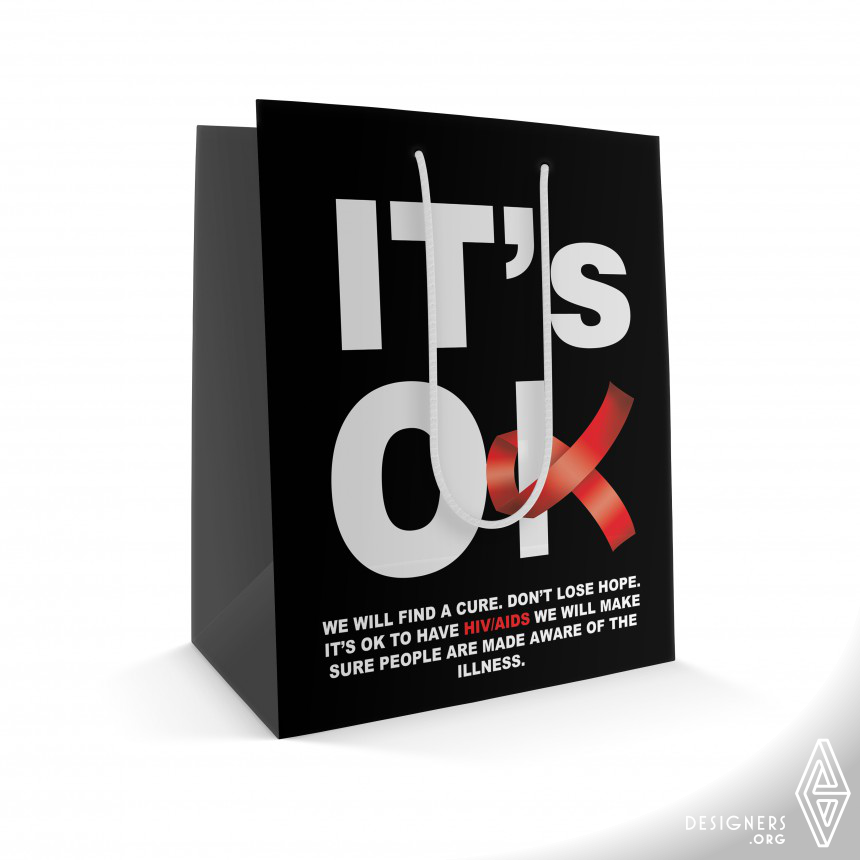 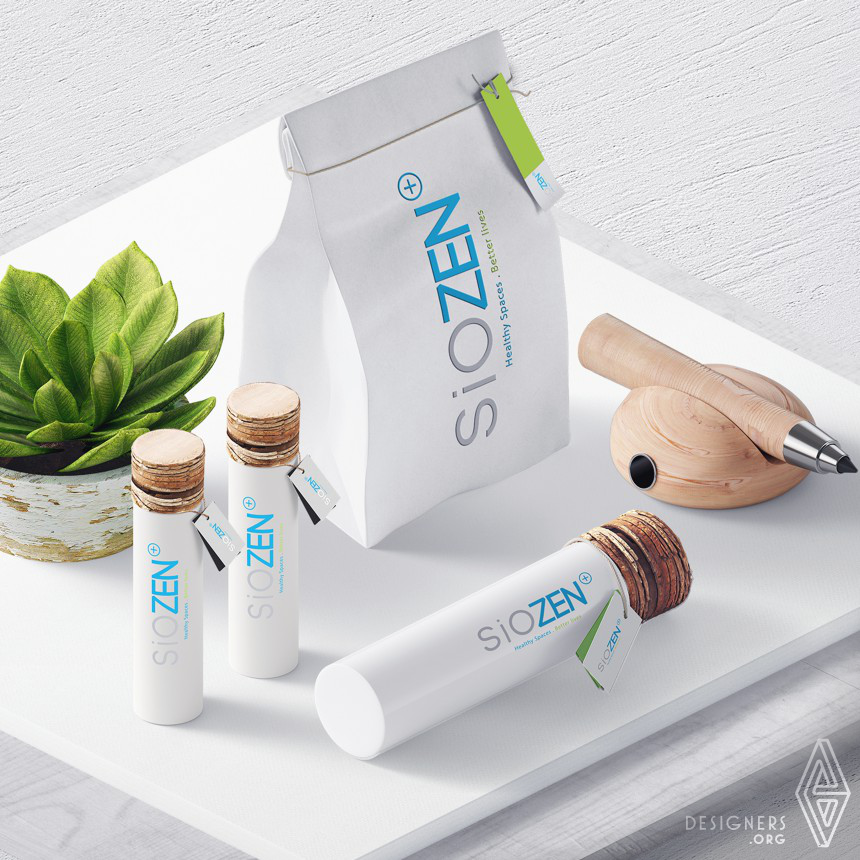 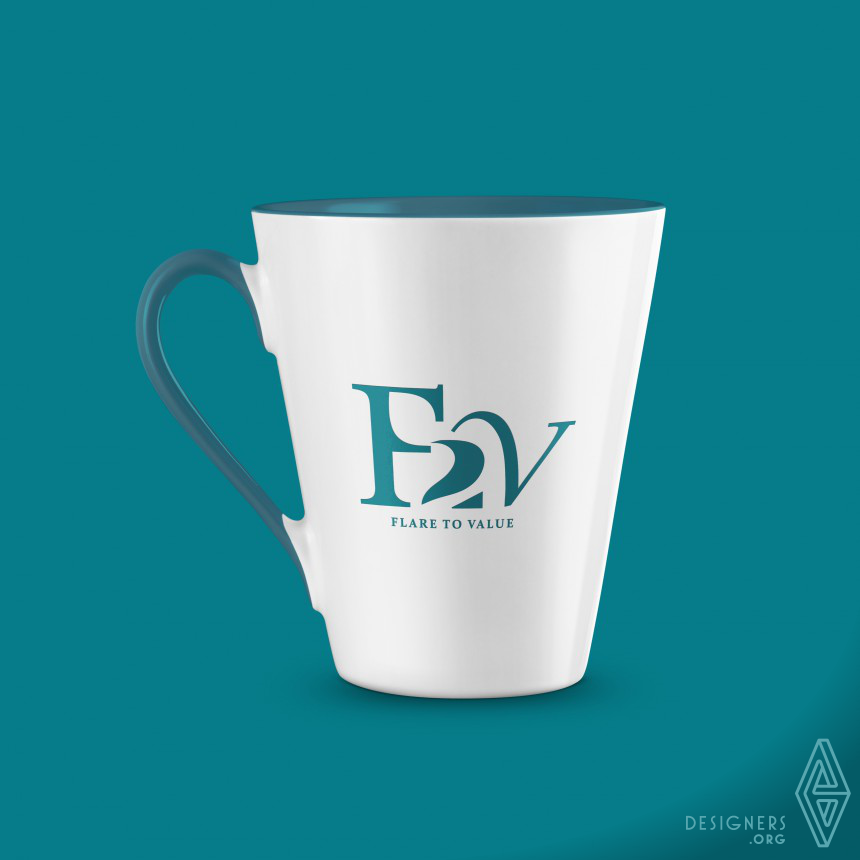 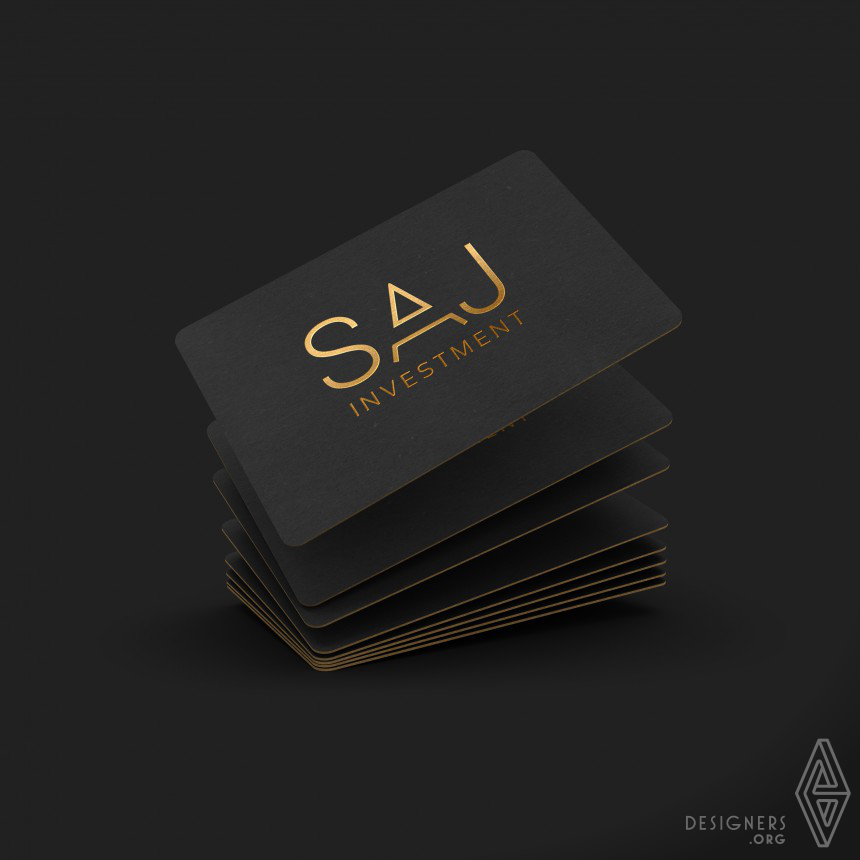 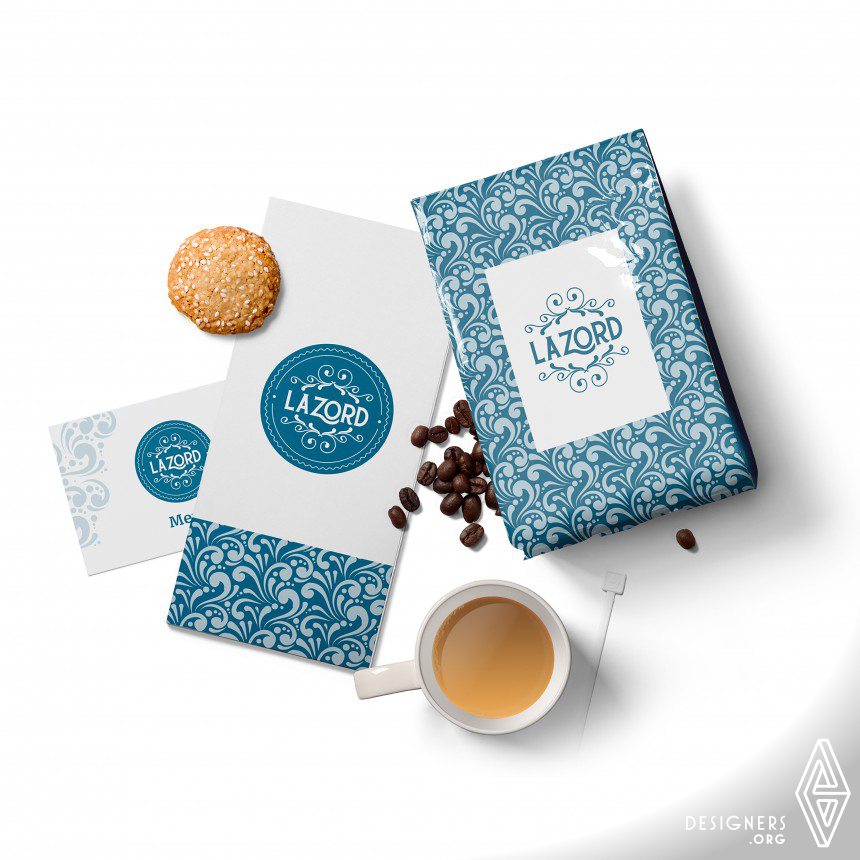 Could you please tell us more about your art and design background? What made you become an artist/designer? Have you always wanted to be a designer?
My career has led me to specialize increasingly in the graphic design major at international level. The reason for this is because from a young age I have always had a very high interest in advertising and graphics design everything that is around us has been designed and this has always fascinated me.
Can you tell us more about your company / design studio?
I'm Creative Consultant, I worked as a creative consultant at Leo Burnett, Hilton Worldwide and the International Trade Center and more...
What is "design" for you?
Design is essentially problem solving at its core. You see a problem in an object/situation, you analyze it and try and remove those flaws. The process you hence undertake to do so is design.
What is your most favorite design, could you please tell more about it?
My favorite project is branding at Hilton . I were given the opportunity to design restaurants identity. It was very enjoyable project.
When do you feel the most creative?
Creativity will hit you just at the moment you're in a silent, bright lighted room.
Which aspects of a design do you focus more during designing?
It doesn't matter how good you are today. What really matters is how fast you progress and what steps you take every day to improve your design skills.
What makes a design successful?
Concept is the foundation of any successful design — it’s like design DNA. Before I touch the computer or even start sketching, I figure out what I am trying to say conceptually. The concept provides the direction for the entire project. Without a solid concept its almost impossible to create a lasting design.
When judging a design as good or bad, which aspects do you consider first?
Beauty is, and always will be, in the “eye of the beholder.” Your decision about the beauty or lack of beauty in a particular work of art is instinctive and natural. In fact, you probably won’t even have to make that decision, you’ll just either be captivated by a piece of art or you won’t.
From your point of view, what are the responsibilities of a designer for society and environment?
Social and environmental responsibility is an increasingly important factor for today's consumers. designers must be careful on products.
How do you think the "design field" is evolving? What is the future of design?
In trying to figure out what the future of design will look like, we’re at a bit of a loss.
Can you talk a little about your design process?
If you pay attention to detail, are patient, creative, and like solving problems, then you are well on your way. Try to establish a new style, A style is a tool; it’s the thing you’re using to hit the target. Think about the colors you want to use and what those colors mean. Think about the imagery that supports your focus, the pace that attracts your audience, the words that communicate to them. Think about the cultural references and landmarks that establish a common frame of reference between you and your audience. There is great prestige attached to the world “creative.” Creative people apparently magic up ideas—wonderful solutions to the most complex problems.
Can you describe a day in your life?
I get up early in the morning and take a shower. I eat my breakfast then and revise my calendar. I reach my work at around 9 am and back around 7 pm. Then I take some light snacks and read till 9:00 pm and then spend some time using the computer and the Internet. I go to bed around 11 pm.
Could you please share some pearls of wisdom for young designers? What are your suggestions to young, up and coming designers?
When you’re working on a project, brainstorming sessions allow you to get your thoughts down in a tangible form. Thumbnails are like icons for thoughts, visual markers that allow you to think through a design. But instead of having to draw out a full version and get lost in the details, you only have to jot down the thumbnail sketch to serve as a reminder of the original concept.
From your perspective, what would you say are some positives and negatives of being a designer?
Design is a great way to make a living. It can be fulfilling, helpful, and your work can have impact on people and culture. But it’s worth remembering it’s still just a job.
How long does it take to design an object from beginning to end?
Depend on the project for example logo design may take one hour, but campaign could be for a month
What type of design work do you enjoy the most and why?
Designing a campaign, I can make my own research during the time frame and know where i can prove my designs
How can people contact you?
Mostly they Google me and reach me from my website or social media

Designer of the Day Interview with Shadi Al Hroub

Could you please tell us about your experience as a designer, artist, architect or creator?
Shadi has over 12 years experience in design and communications, including over 5 years of research in branding and advertising specifically. Based upon his strong education in design and his extensive professional experience, Shadi has won numerous international design awards and designs at the international level. Through a strategic combination of management, organization and communication skills, Shadi has brought forward new concepts of design that have successfully promoted increased participation across various mediums. His design experience ranges from graphic design and packaging to branding and advertising (both traditional and digital). He has worked as a lecturer in creative design in various American universities and as a creative consultant at Leo Burnett, Hilton Worldwide, the International Trade Center and is currently working as lecturer of Graphic Design at Middle East University. He was a final judge for the Stevie Awards, Future Ideas, the A’ design awards, Adobe Achievements Awards 2017, Grand Jury Panel at Vega Digital Awards 2017 and Currently Grand Jury Panel at Muse Awards 2018.
How did you become a designer?
I found my passion and artistic inspiration before completing my degree in art & design from Philadelphia university. I use deep colors to emulate the art savage style which displays the cruel and dark side of reality.
What are your priorities, technique and style when designing?
In fact, my profession includes creative graphics design; photography, digital paint and tutor in print and web design
What particular aspects of your background shaped you as a designer?
My career has led me to specialize increasingly in the design major at an international level. This is the path I have chosen for myself to become the best in an area that I find immensely enjoyable.
What is your growth path? What are your future plans? What is your dream design project?
I try to establish a new style, new era, so I always make an efforts to keep my research up to date and try to always improve my vision for design.
What are your advices to designers who are at the beginning of their career?
There is great prestige attached to the world “creative.” Creative people apparently magic up ideas—wonderful solutions to the most complex problems. Ideas, they’re at the heart of every creative process. However, almost no really good ideas are flashes of inspiration. It’s not magic. These people are no different from you. They just have a different way of looking at problems and solving them. The good news is, they use tools that anyone can use. Ideas have to be squeezed out of us every day.
You are truly successful as a designer, what do you suggest to fellow designers, artists and architects?
To stand up to this challenge, you need to arm yourself with some good tools.
What is your day to day look like?
In my vision, Time is a tool to think about the imagery that supports your focus.
How do you keep up with latest design trends? To what extent do design trends matter?
I think about the cultural references and landmarks that establish a common frame of reference between the firm and audience.
How do you know if a product or project is well designed? How do you define good design?
The creation of design seeks to take key behavioral characteristics of a firm and use them to build an image that can be presented to target consumers, other stakeholders and the world at large.
How do you decide if your design is ready?
Rotate your design upside down and look at it from the bottom, up. Look at it from the side, and at an angle. Look at the areas between the thumbnails and see what hidden messages you've left yourself.
Would you tell us a bit about your lifestyle and culture?
Have the best music playing and get myself into a mood that sparks my imagination, allow me to make connections between thoughts and concepts.
Would you tell us more about your work culture and business philosophy?
Well, often I worked with cutting edge technology, using my creativity, and having fun doing it